Home  »  Website  »  National  »  Watch: How A Rare Dialogue Between Indian Army And Kashmiri Youth Played Out

Watch: How A Rare Dialogue Between Indian Army And Kashmiri Youth Played Out

The interaction between the Army and the youths took place at Town Hall Pulwama on Sunday. 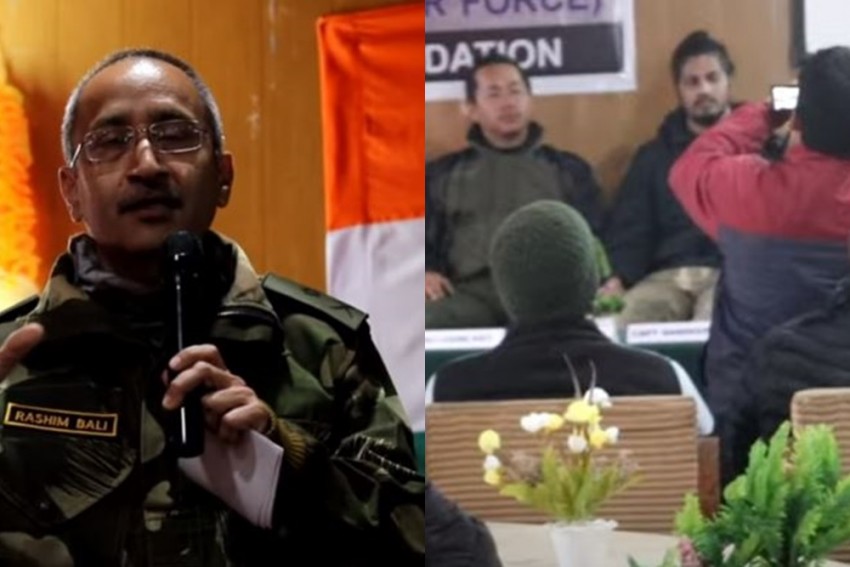 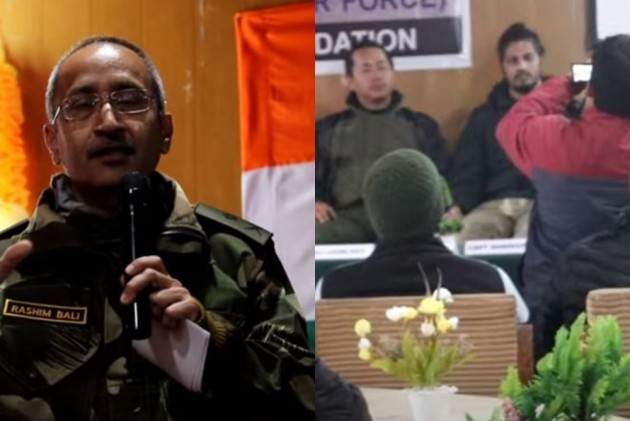 The interaction between the Army and the youths took place at Town Hall Pulwama on Sunday. The GoC victor force Major General Rashim Bali, 12 sector commander Brigadier Ajay Katoch and other officer army were responding to questions of the youths.

Analysts say the dialogue between the youth and Army is interesting as the youths were allowed to talk about everything. They say in the process, the army is engaging the youth, reaching out to them directly, earning their confidence, and removing the communication gap.

“Why forces bring thousands of troops to kill militants? If my cousin has joined the militancy and then he was killed, after that why we are not allowed to have his picture on our mobiles? If a person is accused of being an Over Ground Worker, why he is kept in jail without any charge sheet. One of our neighbours was arrested on charges of being Over Ground Worker and is languishing in the Tihar jail for the past two years. Tomorrow if it is proved he is innocent, who will return his jail years? His family has nothing and they are living on a debt of others,” asked a youth.

The Major General responded saying the Army deploys a large number of forces during the cordon and search operations with some objectives. “The first objective is to seal all routes wherefrom they (militants) could flee. Most of the soldiers are deployed for this very purpose. The second objective of deploying more troops is that there shouldn’t be any law and order issues. People can suffer losses on account of law and order issues as there are chances of stone-throwing, which could lead to more violence,” the army officer said. He said arresting people on different charges is under the jurisdiction of the police.

Another youth said he had seen an army officer beating a person having long hair. “Sir, we fear you as you have force with you. Every side has two coins. Please think when a militant in the evening knocks at the door of a house, don’t you realize that a militant who knocks on your door too has force. And the next day when the army cordons off the house, you should also realize that if people fear you because of the gun, people also give space to a militant because he too has a gun with him. Then the house is destroyed within minutes,” asked a youth. “We have also seen people of a locality at a community level after encounter collecting funds to help a person whose house gets destroyed in the encounter to construct his house. We have seen these very people who give funds or collect funds are arrested by the police. If the owner gives space to the militant out of force, instead of helping him, the owner is being taken away and those who want to help him are also taken away. If there is war it should be between two guns, don’t involve us in between. We should be allowed to live our lives,” the youth added amid cheers from the participants.

“When a militant is trapped in someone’s house, you push a civilian into the house. Why don’t you think that militant could fire upon the civilian? You call them terrorists. Fine. A terrorist is one who terrorizes. But when you push a civilian in the same house where a militant is trapped, why you think the militant will not fire on the civilian. That means he is not a terrorist,” says another youth.

Another youth said when a person takes a gun in his hand and becomes a militant, why Indian army is then targeting his locality and his family. On this, an army officer asked him to cite an example. The youth said, “Sir, my neighbour was a militant and for this reason, the Indian army picked him up.” The army officer asked him the name of the company that picked him up and said he will get back to him. Another youth asked why the Army is making them a human shield. “I have a simple question why we fear you,” asked another youth. “When we cross the Banihal tunnel we realize what is right to freedom. The youths in Jammu University and other universities have life. Here youths are in stressful conditions and a lot of youth are suffering from heart diseases and suffer heart attacks.

On this, the army officer said that they should treat him like their father or the elder brother. He said his son is also 25 years old. “Why we make a human shield. It is not a human shield. It is cover that no one levels allegations at your army tomorrow. In the house, there are mothers and sisters. If the army enters the house without you then tomorrow it can be said they took away something from there, or they misbehaved with someone. We don’t want to fire on terrorists all of a sudden. Once the situation develops what should he do. He should come out and don’t cause collateral damage to another," the Army officer said. “Another question is why you fear us. Force has to be legitimate. You shouldn’t fear us. It is your army.” The Army officer said the Army has no interest in your phones; the forces only want to see apps that are anti-nation.

The Major General ordered that the mobile shouldn’t be retained for more than 20 minutes. The Army officer said the movement is stopped during the convoy movement because of the apprehension of the IEDs. He said the day when the situation returns to normalcy no car would be stopped. The Army official said this is the first such interaction and one day he would wish to have such interaction under the Mission Pehal (beginning) at a huge stadium. The Army officer said once the situation returns to normalcy the roadblocks would be removed. In response to a question that described the Indian army as a colonial army in Kashmir, the Army commander said “if I give you an example of a colonial army it is being done by Pakistan, which uses tanks and air power in FATA and other agencies in Pakistan. That is the signatures of the colonial army.” In response to it, one youth said Pakistan shouldn’t be brought into the discussion in this mission Pehal. In response to this, the Army officer said Pakistan wouldn’t be discussed.