Earlier in the day, China officially admitted that five Chinese military officers and soldiers were killed in the clash between the Indian Army and the PLA in Galwan Valley . 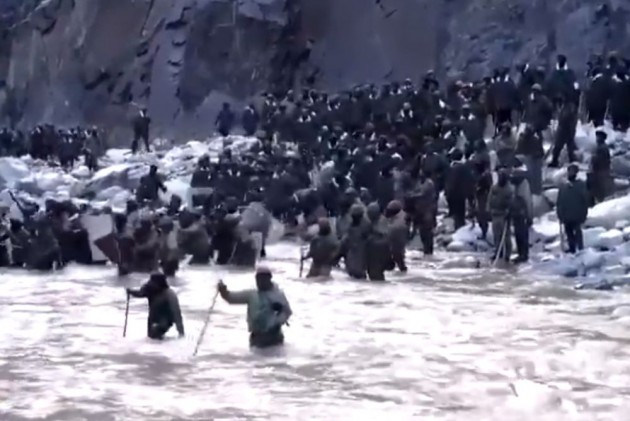 A Chinese media on Friday released a new video on Twitter, showing confrontation between hundreds of Indian and Chinese soldiers in the eastern Ladakh's Galwan Valley.

The video footage shows the border standoff that took place in June last year in the Galwan Valley.

This is the first time China has acknowledged casualties and details of these officers and soldiers' sacrifice, four of whom died when dealing with the Indian military's "illegal trespassing" of the Galwan Valley Line of Actual Control (LAC), the report said.

A total of 20 Indian soldiers died in the Galwan Valley clash regarded as the worst in over four decades at the India-China border.

Meanwhile, India and China will hold a fresh round of high-level military talks on Saturday after completing the withdrawal of troops and weapons from the north and south banks of Pangong lake  to take forward the disengagement process in Hot Springs, Gogra and Depsang in eastern Ladakh, reports claimed