In a video which went viral on social media, the family members, including women and children, were seen dancing to a song from Bollywood film 'Chhichhore' after they tested Covid negative. 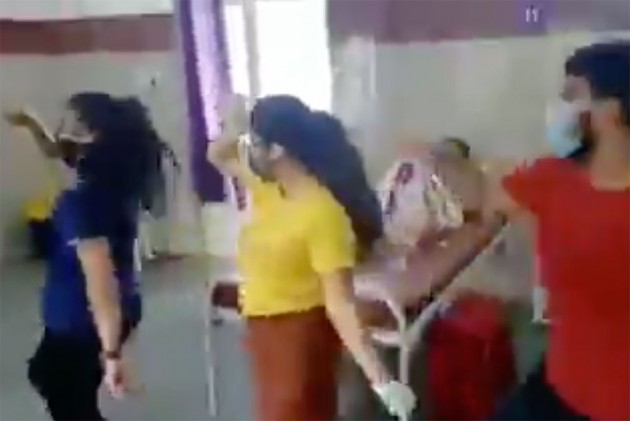 Eight members of a family rejoiced their recovery from COVID-19 by dancing in a hospital here in Madhya Pradesh on being discharged.

In a video which went viral on social media, the family members, including women and children, were seen dancing to the song 'Chinta karke kya payega, marne se pehle mar jayega' from Bollywood film 'Chhichhore'.

Katni District Hospital's civil surgeon Dr Yashwant Verma on Tuesday said 19 members of the family were admitted to the isolation ward of the medical facility after they tested positive for coronavirus on August 8.

They were discharged on August 15 after all of them tested negative following treatment, he said.

Some of the family members, who were staying together in the isolation ward, celebrated by dancing after they tested negative, he said.

One of the family members said, "Initially we were afraid, but we recovered after proper treatment in the district hospital. The family members welcomed this happy moment by dancing. The video was shared to tell people not to be scared but to fight this epidemic."