The fire erupted on the 19th floor of the One Avighna Park building on Currey Road shortly before noon, the official said. 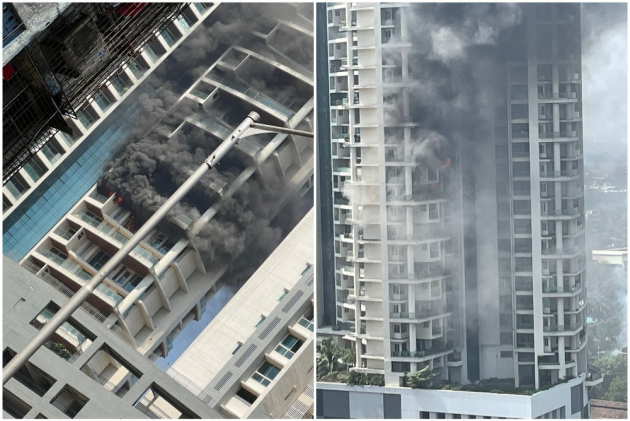 A massive fire broke out in a 61-storey residential building in central Mumbai on Friday, with photos and videos of the incident going viral on social media.

The fire erupted on the 19th floor of the One Avighna Park building on Currey Road shortly before noon,  a fire brigade official said.  One person has been reported dead so far.

The videos and images of the building engulfed in flames have caused concern and alarm on social media. One of the videos going viral shows a man dangling from a window and then falling off.

According to reports, the man seen falling in the video has been identified as Arun Tiwari, 30,  who succumbed to his injuries from the fall. Tiwari was taken to a hospital where he was declared brought dead.

Mumbai: A 30-year old man while trying to save himself from the fire on the 19th floor of Avigna Park lost grip, fell and died. pic.twitter.com/7b21NgPa6D

#Mumbai: Major fire broke out at #Currey Road’s #AvighnaPark building. The fire broke out on the 19th floor of the 60-floor tower. pic.twitter.com/QDbu74gDVN

The cause of the fire is not yet known, he said.

At least 12 fire engines and water tankers have reached the spot, the official said.