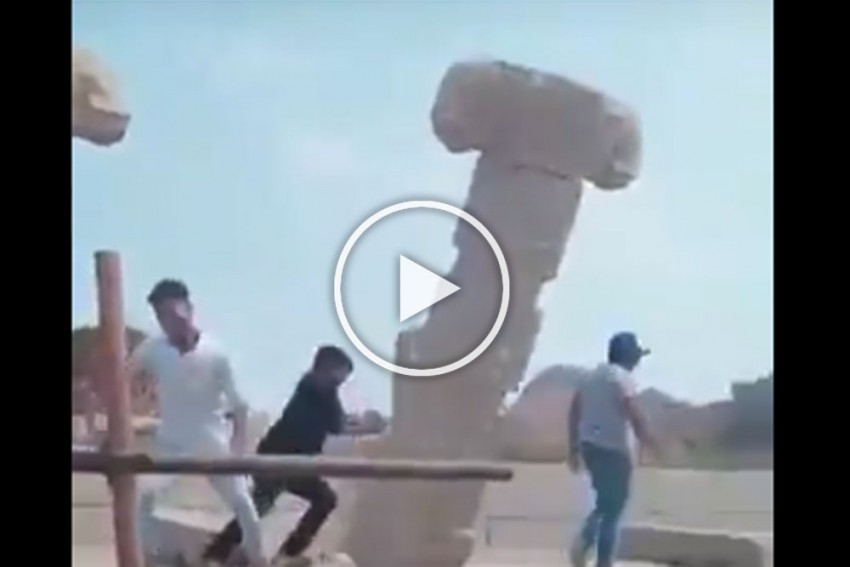 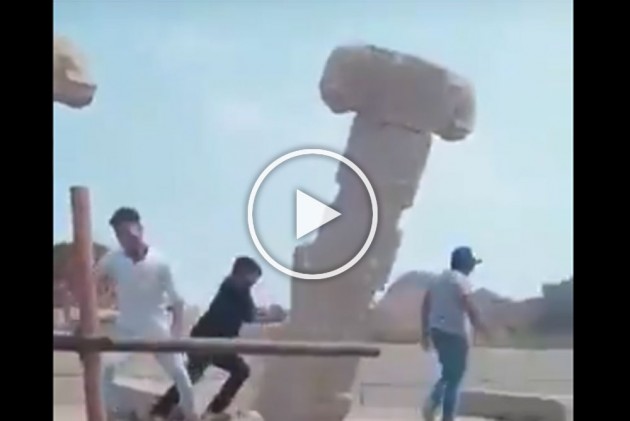 A carved stone pillar at the UNESCO world heritage site at Hampi in Karnataka was allegedly damaged by miscreants and a video of it has gone viral.

The clip shows three men pushing the artistically carved stone pillar to the ground, following which it breaks and the trio rejoice.

Young Indian men vandalize Hampi, the @UNESCO World Heritage site which is on @nytimes 52 places to visit in 2019 https://t.co/FuBjAJpLpj
and post a video celebrating their act. I hope they are caught and made an example of in terms of a long prison sentence h/t @WhatsApp pic.twitter.com/v5DUM7xhuw

Other damaged pillars are also shown lying around, but it was not immediately clear whether the men had damaged it.

In a statement, Shivakumar, also the district in-charge Minister of Ballari under which Hampi falls, said he has directed police to trace the culprits and initiate action.

"We will not tolerate any such act of causing damage to historical sites," he said.

Police said they were verifying the authenticity of the video and have begun investigations.

Locals staged a protest, demanding that adequate security be provided to the monuments.

Recently, the erstwhile capital of Vijayanagar empire- Hampi- known for its rich architecture, was listed second on the New York Times list of 52 must-go sites in the world.