The two leaders held a 40-minute discussion in Biarritz, the French town which is hosting the meeting of the world's most industrialised nations. 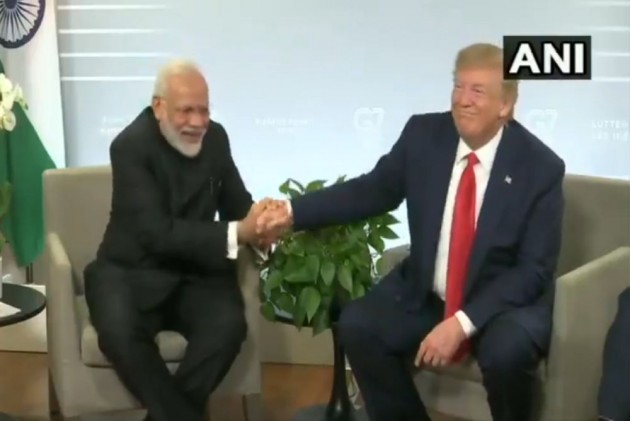 Prime Minister Narendra Modi speaks very good English, but he just doesn't want to talk, US President Donald Trump said jokingly on Monday before the two leaders met for formal talks on the sidelines of the G-7 Summit.

The two leaders held a 40-minute discussion in Biarritz, the French town which is hosting the meeting of the world's most industrialised nations.

The two leaders exchanged a warm handshake and spoke to the media. Modi answered questions posed by reporters in Hindi.

The two leaders also held each other's hand while everybody present in the room burst into laughter.

Modi called Trump a "friend" and said it was a "very important meeting for me".

He thanked the US president for congratulating him after his recent election victory and said their two countries had "shared democratic values".

"It’s great to be here with Prime Minister Modi," Trump said, adding that he "learned a lot about India" from Modi at the G7 Summit dinner on Sunday.