Referring to the Congress and Rahul Gandhi, Ramdas Athawale said when the Congress was in power he was with them and then he shifted to NDA. 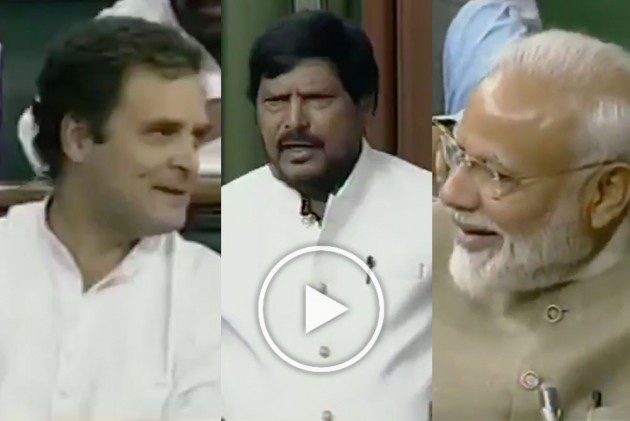 During the first session of the Lok Sabha on Wednesday, Minister of State for Social Justice and Empowerment Ramdas Athawale evoked laughter from Opposition and Treasury benches with his comments on switching sides between the Congress and the BJP, saying he chose to stick with the BJP as he could see that "wind was blowing in favour of Modi".

As members spoke and felicitated the newly sworn-in speaker Om Birla, Athawale first evoked laughter when he recited a poem and promised to make Birla laugh.

Then, referring to the Congress and Rahul Gandhi, he said when the Congress was in power he was with them and then he shifted to NDA.

"I send you (Rahul Gandhi) my greetings that you got the opportunity to sit there. When you were in power, I was with you. Prior to the elections, people in Congress were asking me to come to their side. But I saw that wind was blowing in favour of Modi ji,"

(with inputs from ANI)