In videos posted by Sitanshu Kar, the Director General of the Press Information Bureau, the roof at the undergraduate hostel in AIIMS, Bhubaneswar was seen being blown off. 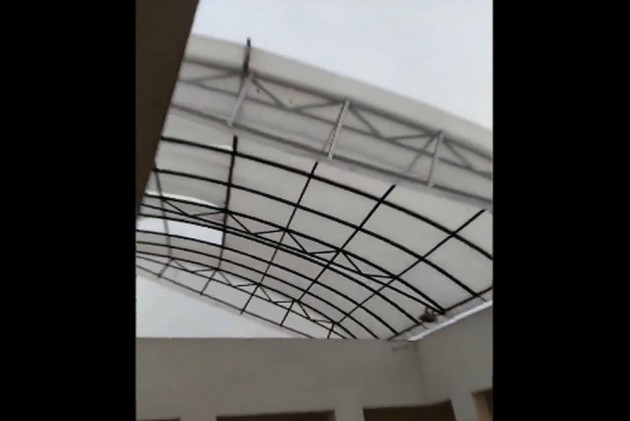 The roof of a building at All India Institute of Medical Sciences (AIIMS) Bhubaneswar blew off as cyclone Fani battered Odisha.

In videos posted by Sitanshu Kar, the Director General of the Press Information Bureau, the roof at the undergraduate hostel in AIIMS, Bhubaneswar was seen being blown off.

Video clip of a roof being blown off at the undergraduate hostel in AIIMS Bhubaneshwar due to #CycloneFani #Fani #FaniCyclone #FaniUpdates pic.twitter.com/97c5ELQJ46

“Extensive damage to structure of AIIMS Bhubaneswar reported due to #CycloneFani . All patients,staff, students safe.Many water tanks have blown off,lighting poles are down, airconditioners damaged. We  have enough supplies, ready to support the state,” the health secretary was quoted as saying.

Three people were killed in separate incidents as cyclone Fani battered the Odisha coast on Friday.

Packing heavy rain and winds with speeds of up to 175 kmph, cyclonic storm 'Fani' slammed into the Odisha coast Friday morning, uprooting trees and sweeping away thatched huts, as large areas of the seaside pilgrim town of Puri were left submerged.

The extremely severe cyclonic storm made landfall at around 8 a.m. in Puri but thanks to enough advance warning, about 11 lakh people had already been evacuated from vulnerable and low-lying areas of at least 11 coastal districts by Thursday.