The caddisflies have emerged in huge numbers by the Kakatiya canal on the Rajiv Rahadari state highway connecting Karimnagar to Hyderabad, posing a danger to the movement of vehicles in that region. 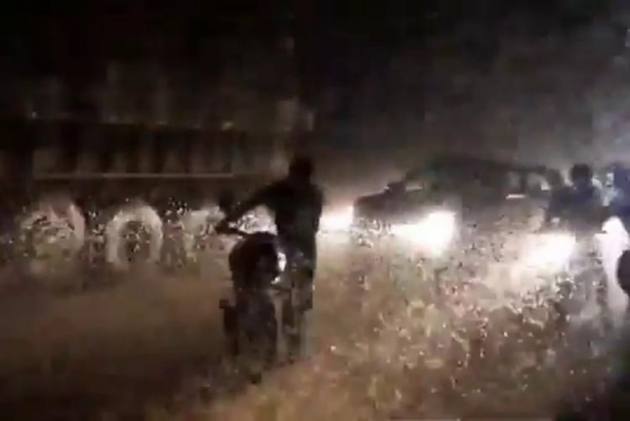 For the past couple of days, thousands of caddisflies have been swarming over the Rajiv Rahadari in Telangana’s Karimnagar. This has impacted the visibility of motorists and they have been forced to cross the stretch by the Kakatiya canal on the outskirts of Karimnagar. In a video that has gone viral, motorists and drivers of cars and trucks can be seen struggling to move past the insects, with one motorist even skidding on the road as a result of poor visibility.

The caddisflies are the insects with aquatic larvae – These have emerged in huge numbers by the Kakatiya canal on the Rajiv Rahadari state highway connecting Karimnagar to Hyderabad, posing a danger to the movement of vehicles in that region.

According to reports, Karimnagar District Agriculture Officer V Sridhar, who inspected the location on directions from district authorities said that samples of the insects from the location have been collected. “Caddisflies are found near water bodies or places where stagnant water is found. Certain species are also aggravated due to ecological imbalances, so that could also be a possible reason. Caddisflies come in groups and are attracted to light,” Sridhar said.

“We will discuss with district authorities about the best way to deal with this soon so motorists aren’t inconvenienced,” the District Agriculture Officer said, adding that the insects do not cause any damage to crops.