Karwan-e-Mohabbat, a movement led by activist and author Harsh Mander, released the video which highlights the diversity of India where numerous faiths and beliefs co-exist. 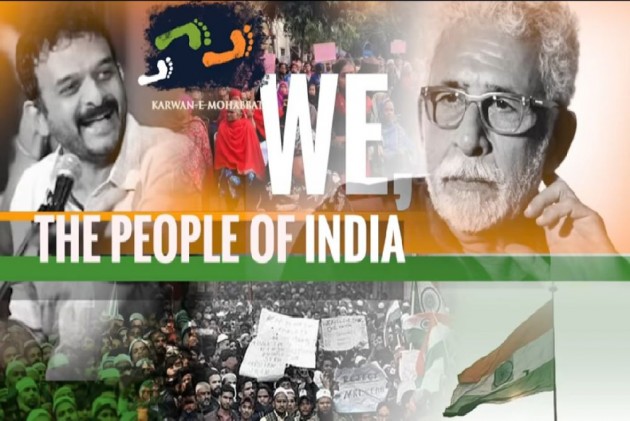 At a time when protests against the Citizenship Amendment Act (CAA) and National Register of Citizens (NRC) have swept the nation, a video with veteran actor Naseeruddin Shah and vocalist, writer, activist and author TM Krishna reciting the Preamble to the Indian Constitution and singing national anthem respectively has been released.

Karwan-e-Mohabbat, a movement led by activist and author Harsh Mander, released the video which highlights the diversity of India where numerous faiths and beliefs co-exist. The video begins with Shah's voice followed by the national anthem sung by TM Krishna.