The BJP leader asked people to divert the route of the ambulance and says it was Trinamool Congress' tactic to disrupt the rally. 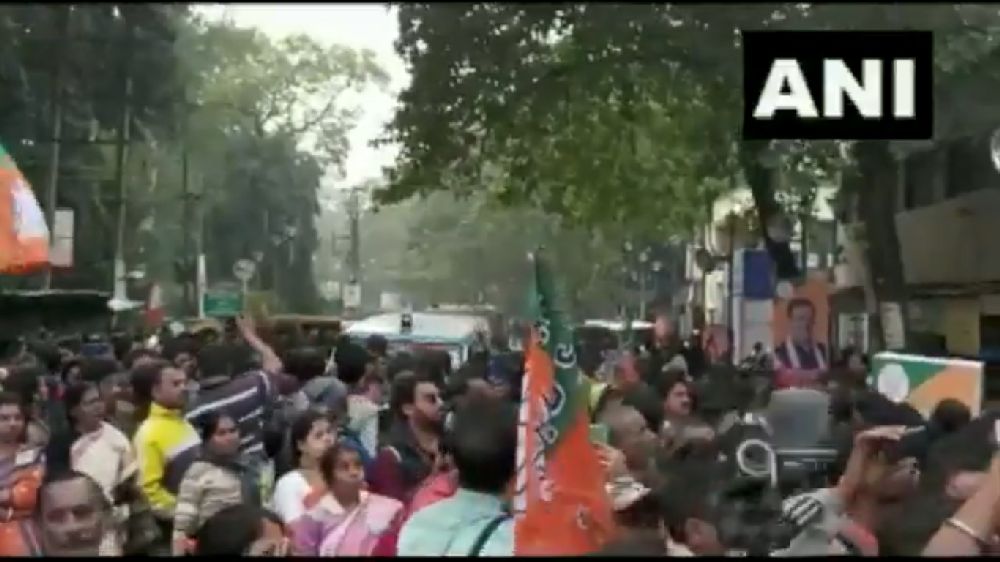 A video has emerged that shows West Bengal BJP chief, Dilip Ghosh, turning away an ambulance which tried to make way through a rally he was addressing.

The incident took place on Monday when Ghosh was addressing a rally in Nadia.

In the video, Ghosh can be seen addressing a gathering. When an ambulance tried to make its way through, since the road is blocked by the rally, the BJP leader asks people to divert the route of the ambulance and says it was Trinamool Congress' tactic to disrupt the rally.

#WATCH West Bengal: State BJP chief Dilip Ghosh orders to divert route of ambulance during an event in Nadia; says, "divert the route of ambulance as hundreds of people are sitting here. They (TMC) are doing it purposely. It's their tactic to disrupt this rally." (06.01.2020) pic.twitter.com/SALCvph6QQ

"Divert the route of ambulance as hundreds of people are sitting here. They (TMC) are doing it on purpose. It is their tactic to disrupt this rally," Ghosh can be heard as saying.