Watch: Yet Another Landslide Reported In Himachal Pradesh’s Kinnaur District

The incident occurred near the Kinnaur-Kaza national highway, located 325 km from Shimla. No loss of lives were reported 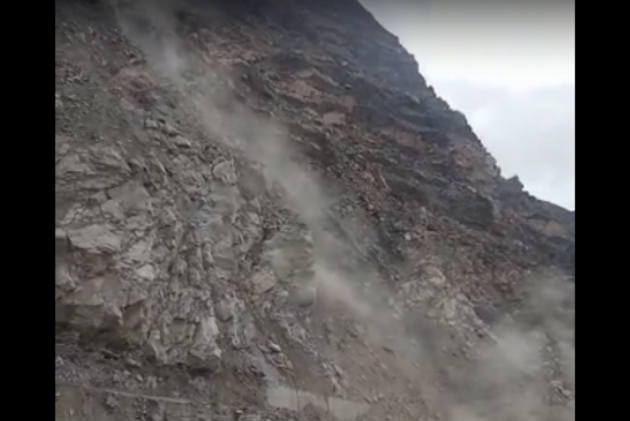 A landslide was reported in Himachal Pradesh’s Kinnaur district on Monday. The incident occurred near the Kinnaur-Kaza national highway, located 325 km from Shimla.

While no loss of lives were reported due to the landslide, it however, caused massive boulders to roll down a mountain located at Malling, near Nako---a popular tourist spot. This led to massive traffic disruption in the area.

The highway is mainly used by tourists travelling to Kaza in Spiti sub-division of the Lahaul-Spiti district and for movement of essential supplies in the area.

Deputy Commissioner Kinnaur Abid Hussain said that while the landslide disrupted vehicular movement in the area for a few hours, the boulders that fell from the mountain were soon cleared.

Landslides are a common occurrence in Malling, especially during monsoon.

On Sunday, a landslide was reported in the state’s Sangla Valley. At least nine tourists were feared dead and four injured when a rockslide from the high mountains of Sangla valley hit a tourist vehicle which was on its way to Chitkul.