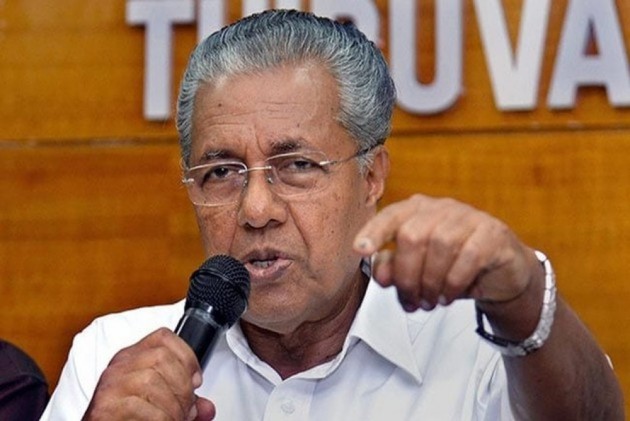 Kerala Chief Minister, Pinarayi Vijayan said the issue of providing relief to the families of farmers, who committed suicide over failure to repay bank loans, needs to be raised in Parliament.

The Union government needs to take a stand regarding the agricultural loans taken by farmers from commercial banks, he said on Friday in a reply to the letter written by Congress chief Rahul Gandhi.

A copy of the letter was released to the media.

Vijayan said since the farmers across the country were facing "severe distress" due to their mounting debts and difficulty in repaying the loans availed by them, the matter needs to be raised in Parliament.

"This issue needs to be raised in the Parliament and I hope that you will join us in taking up the issue of relief for the debt affected families," he said.

Gandhi, who was elected to the Lok Sabha from Wayanad, had asked the state government to provide assistance to the family of V D Dineshan, a Wayanad farmer, who committed suicide allegedly due to mounting debt.

The chief minister said that since outstanding loans from commercial banks come under the SARFAESI Act, it is for the Centre to take a considered stand regarding the farmers' debts.

Vijayan also said he had asked the Wayanad district collector to conduct a detailed inquiry into the suicide of the farmer, and submit a report to the government for taking further action, including providing financial assistance.

Pointing out that the state was making continued efforts to help the farmers, he said there was a moratorium on repayment of farmers' loans till December this year.

Dinesh Kumar, 53, had ended his life after consuming a poisonous substance on May 25.

His relatives had said financial burden forced him to take the extreme step.

Gandhi, in his letter dated May 28, said he was "deeply saddened" by the farmer's suicide and requested the state government to conduct an inquiry and extend financial support to the family.

"Kumar's case isn't an isolated one. There have been a spate of farmer suicides in Wayanad, due to an inability to repay loans," Gandhi had said in his letter.

The Congress chief said it was important to consider "long-term measures" to free farmers from the "vicious debt trap", given the devastating impact of the last year's floods.