Former Chief Justice of India Ranjan Gogoi answered several questions pertaining to some controversial moments in his career from the sexual harassment case against him to the Ayodhya verdict during the launch of his autobiography ‘Justice For The Judge’. 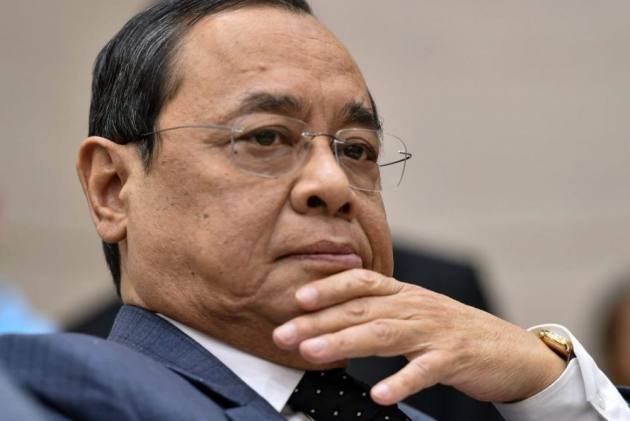 A combative side of former Chief Justice of India Ranjan Gogoi was on display at the launch of his autobiography ‘Justice For The Judge’ in the capital on Wednesday. Gogoi was asked questions on a range of issues - from the sexual harassment case against him to the Ayodhya verdict. Here are seven statements that he made at the event about some of the most important events during his time as a judge as well as his views on AFSPA which is at the centre of a debate following the killing of 14 civilians in Nagaland.

Here are some excerpts from his responses to questions regarding some of his most controversial verdicts as the former CJI of India.

On the Ayodhya verdict

I did not bring the Ayodhya case from cold storage. It was a responsibility given to me by my predecessor [former Chief Justice of India] Justice Deepak Mishra. I had two options - to run [away from pronouncing the judgment] or to fight [and deliver the judgment]. I had many things to think about - how do you complete the consultation with the brother judges in time, write the judgment? For me the credibility of the institution was at stake. I constituted the bench [which heard the case]. I took upon myself the burden of finishing it. There was only one thing on my mind - institutional reputation.

By the time the Kashmir case came, the bench was halfway through the Ayodhya hearing. I did the most obvious thing - on 30th September I assigned the Kashmir cases to an alternate bench headed by the senior-most available judge.

In hindsight perhaps I should not have been on the bench…we all make mistakes.

On why the case was not examined by an external authority

For the judiciary to be independent, judges must be independent. The in-house proceeding has been there since 1999. Any Tom, Dick and Harry raising complaint does not get investigated. The judges themselves will do it. The in-house enquiry is not toothless. A prima facie finding would require the judge to resign.

On his decision to address the press with Justices J Chelameshwar, Kurian Joseph and Madan Lokur in September 2018

It was my idea. I believed it was the right thing to do at that time. The press conference was the outcome of unsuccessful attempts to convince the then Chief Justice of India to act in a particular manner that we thought was reasonable. Namely the allocation of cases.

I was doing a case in which the then government had high stakes. Tarun Gogoi requested my mother to come and meet him. The Chief Minister asked her to speak to me that the judgment, in that case, should be favourable for the government. She walked out and didn't even mention it to me. She mentioned it only after I had delivered the judgment.

On the controversy around Armed Forces Special Powers Act (AFSPA)

The protests against AFSPA have been going on for the last 40-45 years. Draconian kinds of powers are given to the military and paramilitary forces which have led to avoidable situations. The very ugly and unfortunate incident in Nagaland…it was a mistake, an accident, but that accident was facilitated by the act. Accidents are unfortunate but stringent laws may also be required. The idea is not to take a hasty decision but to strike a balance, in what way the balance would be struck is for the executive to decide.