We Are All Migrants, We Are All Mixed: Tony Joseph, Author Of ‘Early Indians: The Story of Our Ancestors...'

Tony Joseph, the author of 'Early Indians: The Story of Our Ancestors and Where We Came From,' tells Siddhartha Mishra about the implications of the study, the provenance of our ancestors and what press reports got wrong about the research. 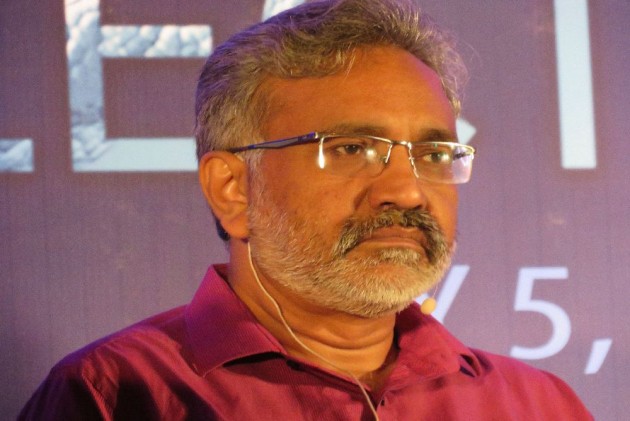 There was no Aryan invasion and no Aryan migration. All the developments, right from the hunting-gathering stage to modern times in South Asia, were the handiwork of indigenous people, announced Vasant Shinde, an archaeologist with Deccan College, at a press conference. He co-authored the paper, An Ancient Harappan Genome Lacks Ancestry from Pastoralists and Iranian Farmers, with Niraj Rai and others in the scientific journal Cell. In an interview over email, Tony Joseph, the author of "Early Indians: The Story of Our Ancestors and Where We Came From," tells Siddhartha Mishra about the implications of the study, the provenance of our ancestors and what press reports got wrong about the research.

At the press conference, Niraj Rai proposed an ‘out of India’ migration theory that flies in the face of most of what we know so far. Is this contention acceptable?

By ‘out of India’, if you mean that some Harappans travelled to neighbouring civilisations and cultures such as Bactria-Margiana Archaeological Complex (BMAC) or Shehr-i-Sokhta, with whom they had trade and cultural links, then it is accurate and unsurprising. We have known for a long time that there have been trade and cultural contacts between Harappans and neighbouring civilisations.

But if by ‘out of India’, you mean large-scale migration of prehistoric Indians to the west, spreading culture and language all the way up to Iceland, then I am afraid there is not a shred of evidence for it in any of the published genetic studies. In fact, two recent papers, in Cell and Science, emphasise that migrations from Central Asia, first into Europe and later into India, are what spread Indo-European languages. The two studies argue that these migrations explain why Indo-European languages are spread all across Eurasia.

Here are actual, direct quotations from the papers themselves. The first one is one from the paper published in Cell (which is based on the ancient DNA sample from Rakhigarhi) This is what that paper says about migrations from the Central Asian Steppe that brought Indo-European languages to India between 2000 BCE and 1500 BCE:

"However, a natural route for Indo-European languages to have spread into South Asia is from Eastern Europe via Central Asia in the first half of the 2nd millennium BCE, a chain of transmission that did occur as has been documented in detail with ancient DNA. The fact that Steppe pastoralist ancestry in South Asia matches that in Bronze Age Eastern Europe (but not Western Europe) provides additional evidence for this theory, as it elegantly explains the shared distinctive features of Balto-Slavic and Indo-Iranian languages".

And here is an equally unambiguous and clear statement from the study published in Science a few days ago, titled: "The formation of human populations in South and Central Asia": "Using data from ancient individuals from the Swat Valley or northernmost South Asia, we show that Steppe ancestry then integrated further South in the first half of the 2nd millennium BCE, contributing up to 30 per cent of the ancestry of most modern groups".

So it is clear, without even a shadow of a doubt, that both the studies support the migration of Central Asian pastoralists who brought Indo-European languages to India, between 2000 BCE and 1500 BCE.

Can one extrapolate the genome sequence from a single individual to make claims? Should the researchers have waited for more samples?

We now have not one but 12 samples of ancient DNA from Harappan people—one from Rakhigarhi and 11 from Harappan migrants whose skeletons were found in Shehr-i-Sokhta and Gonur (which is part of BMAC). The conclusions we have arrived at from these 12 samples are robust: one, that Harappans were a mixture of Iranians and First Indians (the earliest modern humans in India, the out-of-Africa migrants, who reached the subcontinent around 65,000 years ago); and two, Harappans had no Steppe ancestry, which most Indian populations today have. This means the Steppe ancestry entered India after the decline of the Harappan Civilisation. In other words, the Steppe pastoralists, or the Arya, were not present in the subcontinent when the Harappan Civilisation was thriving.

The studies also found that Iranians, who along with the First Indians created the agricultural revolution in western India and then the Harappan Civilisation, were in India since before agriculture was invented anywhere in the world. So, agriculture in India began independently, as my book also strongly suggests. The conclusions written in the papers are robust; the problem is that the claims in some media reports are in contradiction with what studies say. The researched, peer-reviewed papers are reliable and enduring, unlike fleeting comments at press conferences, which are also prone to being misheard and misreported.

You mention possible farming practices in Sant Kabir Nagar, Uttar Pradesh, in your book. Does this confirm that agriculture could have evolved independently in different places?

Yes, agriculture did evolve in multiple places in the world independently. My book argues that agriculture is likely to have begun independently in India too. The genetic study in Cell says the Iranians were in India before agriculture began anywhere in the world, so the mixed population of Iranians and First Indians, who peopled Harappan civilisation and began the agricultural revolution in northwestern India, have to be regarded as having started agriculture independently, though the study does not rule out contacts and diffusion of practices from one region to another.

Vasant Shinde also kept repeating that we are an “indigenous population”, which has been continuous for the past 11,000 years. Does this hold up?

The studies in Science and Cell unambiguously state that migrations from the Central Asian Steppe between 2,000 BCE and 1,500 BCE brought Indo-European languages to India, and also shaped Indian demography. We also know from genetic studies based on ancient DNA that there was a large migration from East Asia around 2000 BCE, which brought Austroasiatic languages to India. These include Khasi and Mundari, spoken today by adivasis in central and eastern India. This too happened within the past 11,000 years. All large populations in the world today are the result of multiple mass migrations in the prehistoric or historic past, and this applies to the Europeans, Americans, Asians...So it is not surprising or shocking that the Indian population is also the result of multiple mass migrations in the past. In fact, it would have been surprising or shocking if this were not so.

What we know today is that the Indian population is mostly the result of four large migrations that happened in prehistory: the First Indians, or out of Africa migrants who reached here around 65,000 years ago; the West Asians or Iranians who mixed with the First Indians to spearhead the agricultural revolution in northwestern India and subsequently, the Harappan Civilisation; the East Asians who reached India around 2000 BCE and brought Austroasiatic languages; and lastly, the Central Asian Steppe pastoralists who migrated to India between 2,000 BC and 1,500 BC, bringing Indo-European languages to South Asia. There were many more migrations after these, but none of them—Huns, Sakas, Greeks, Persians, Arabs, Mughals, British or Portuguese—drastically changed our demography.

It is clear is that we are a multi-source civilisation—we created a unique, common civilisation out of multiple migrations and ancestries that came here at different points of time, and this civilisation of ours has had a significant impact on the world. We are all migrants and we are all mixed. Unity in diversity is not a cliche; it is the most accurate description of us. And there are few things more exhilarating than this.