'We Are Open To All Discussions': PM Modi Ahead Of Winter Session Of Parliament

PM Modi said the Parliament will observe Constitution Day on November 26, the day when Indian Constitution completes its 70 years. 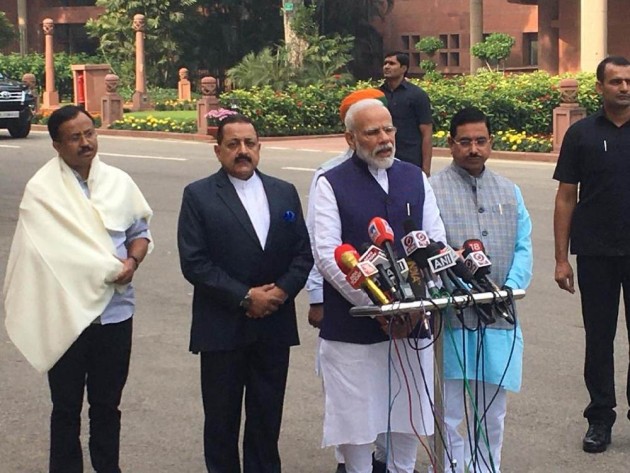 Ahead of the Winter Session of the Parliament, Prime Minister Narendra Modi on Monday said he wants open debates on every issue.

"We are open to all discussions. There should be high-quality debates in which all MPs should contribute," PM Modi said ahead of the start of Winter session.

'Which Aspect Of Economy Is Doing Well?' Asks P Chidambaram

He said the Parliament will observe Constitution Day on November 26, the day when Indian Constitution completes its 70 years.

He said he met leaders from almost all political parties in the past few days. "The last session was phenomenal due to the support of and active participation of all MPs, That is an achievement of not only the government or the treasury bench but the entire Parliament," he added.

The Winter Session is scheduled to go on till December 13 and will provide a total of 20 sittings spread over a period of 26 days, including four Private Members' days.