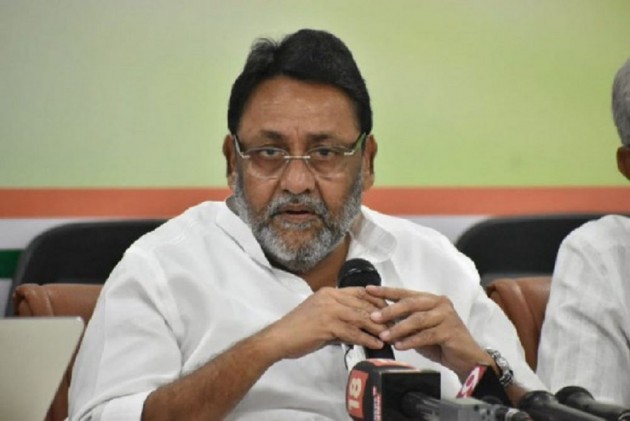 In an interview with Outlook’s Preetha Nair, Malik also dispelled rumours of a rift in the ruling Maha Vikas Aghadi (MVA) and said that coordination among allies is robust and the party is working towards uniting the Opposition. Excerpts:

Q) NCP chief Sharad Pawar is hosting a meeting of Opposition parties on Tuesday. The buzz is that Pawar is working towards an anti-BJP coalition. What is the meeting all about?

Prashant Kishor Has Nothing To Do With Meeting At Pawar’s Residence: Yashwant Sinha

The meeting will be attended by many political leaders as well as prominent persons from different sections of the society. The meeting is to discuss the current scenario in our country.

Q) There are rumours that Pawar is cobbling together a third front ahead of the UP Assembly elections in 2022 and the 2024 Lok Sabha polls.

This (meeting) is to unite the entire Opposition. It’s a process of the coming together of all like-minded parties, which oppose the Bharatiya Janata Party (BJP). We are trying to bring together people who are looking for change.

Q) Why isn’t the Congress a part of the meeting?

It’s the beginning. Let’s see how it takes shape.

Q) Have you invited Congress leaders for the meeting?

This is not a political meeting. This is to discuss the current situation in the country. It will be about the current political and economic scenario of the country. It’s a coming together of political leaders, retired judges, academicians, and eminent persons from other areas. It is a beginning to unite not only political parties but people who think alike.

Q) Is all well with the ruling MVA coalition? Maharashtra Congress president Nana Patole made a statement that Congress will go solo in future elections.

Q) Shiv Sena MLA Pratap Sarnaik has exhorted Uddhav Thackeray to make peace with the BJP and to return to their fold. How do you react to it?

Sena MLA Sarnaik’s letter was drafted by someone else. The BJP is following the West Bengal model of politics. He is hounded by the Enforcement Directorate for alleged money laundering. In the letter, Sarnaik has put his name as the person who has been harassed by the agencies and signed it. This means that someone else has drafted the letter.

Q) Maharashtra CM Uddhav Thackeray’s meeting with Prime Minister Modi sparked rumours that Sena is cozying up to the BJP. Is there a thaw in the relations between the BJP and the Sena?

Those are all false stories. We are working together and there’s perfect synergy between ruling allies – Shiv Sena, NCP, and Congress. We are going to unite all the Opposition parties in the country.

Q) Do you feel that the BJP is trying to create a rift in the MVA alliance?

I don't think so. Some media houses are behind it. They are creating propaganda stories against the alliance.