'We Don't Take Cognizance Of Such Propaganda': Indian Navy On Pakistan's Claims

Pakistan Navy in a statement had said that "Pakistan Navy used its specialised skills to ward off the submarine, successfully keeping it from entering Pakistani waters". 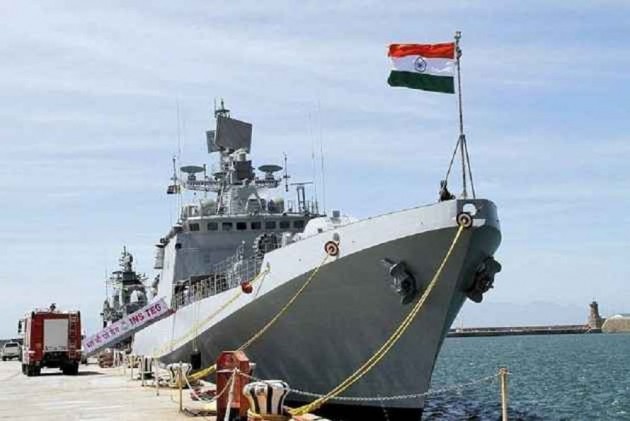 Hours after the Pakistan Navy on Tuesday claimed to have thwarted an attempt by an Indian submarine to enter the country's territorial waters, the Indian Navy said that Pakistan has indulged in false propaganda and said we don't take cognizance of such propaganda.

"Over the past several days, we have witnessed Pakistan indulging in false propaganda and spread of misinformation. The Indian Navy does not take cognizance of such propaganda. Our deployment remains undeterred," the Navy said in a statement.

Pakistan Navy in a statement had said that "Pakistan Navy used its specialised skills to ward off the submarine, successfully keeping it from entering Pakistani waters".

Earlier on Tuesday, Indian Navy chief Admiral Sunil Lanba warned about terrorists being trained to carry out attacks even via sea route.

After the Pulwama attack, the Indian Air Force carried out a counter-terror operation, hitting what it said was a JeM training camp in Balakot, deep inside Pakistan on February 26.

The next day, Pakistan Air Force retaliated and downed a MiG-21 and captured its pilot Wing Commander Abhinandan Varthaman who was handed over to India on Friday.

Ever since, tensions between the two nuclear-armed neighbours have been heightened prompting calls from leaders across the world for restraint.