'..We End Up With Our Voice Being Taken Away,': IAS Officer Hailed For Role During Kerala Floods, Quits

Gopinathan, an officer from the AGMUT cadre, was serving as the secretary of the power, urban development and town and country planning departments of the union territory of Dadra and Nagar Haveli. 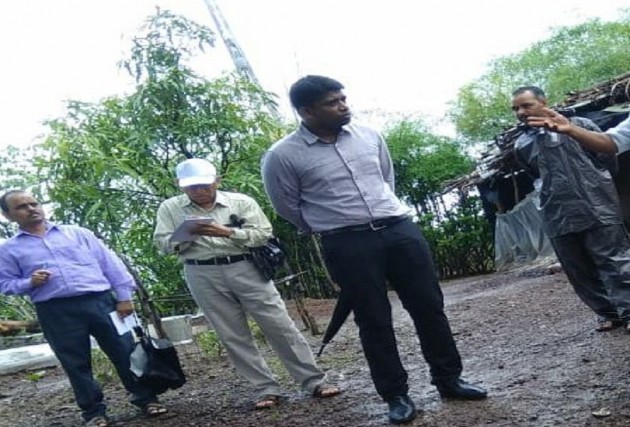 Kannan Gopinathan, the Indian Administrative Service officer, who made headlines for his active participation in the relief operations in flood-hit Kerala last year, quit the service on August 21, The Hindu reported. The officer said he tendered his resignation because he was feeling disturbed by "what is happening in the country".

“Over the past few days, I have been really perturbed by what is happening in the country, wherein a large section of our population have had their fundamental rights suspended. There has been a lack of response to it," The officer told The Hindu.

Gopinathan, an officer from the AGMUT cadre, was serving as the secretary of the power, urban development and town and country planning departments of the union territory of Dadra and Nagar Haveli.

In an ostensible reference to the detention of former IAS officer Shah Faesal and the lack of response from those within the civil service community, he said that people like him enter the service thinking that they can provide a voice to people, but end up with their own voice being taken away.

"We got into the service thinking that we can provide a voice to people, but then we ended up with our own voice being taken away from us,"  he told The Hindu.

“In a democracy, let’s say Hong Kong or any other democracy, if the Government takes a decision, that is their right. But the response to that decision is the people’s right. Here, we have taken a decision and then we have detained everybody. They are not even allowed to respond to that decision. That is dangerous,” Gopinathan added.

Former IAS officer Anil Swarup came out in support of Gopinathan and lauded his work. "We are all proud of such officers. Kannan won accolades for his work. Why does he choose to resign from a service, the IAS, that offers so much scope to serve the people; derive an enormous amount of satisfaction? He himself demonstrated what can be done," Swarup said in a tweet.

Kannan, who belongs to Kottayam, finished his schooling from Puthupally. He went on to study electrical engineering from, Birla Institute of Technology. He caught the public eye after he participated in the flood relief operations in Kerala without revealing his identity.