India Expects China To Sincerely Work With Us For Complete Disengagement: MEA

MEA Spokesperson Anurag Srivastava said full restoration of peace and tranquility in the border areas as agreed to by the two sides is essential in the context of overall development of the bilateral relationship. 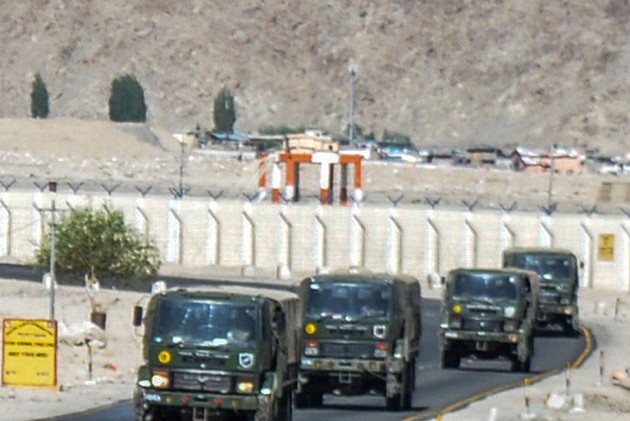 India on Friday said it expects China to sincerely work with it towards the objective of achieving "complete disengagement" of troops and de-escalation of tension in the border areas in eastern Ladakh.

External Affairs Ministry Spokesperson Anurag Srivastava said full restoration of peace and tranquility in the border areas as agreed to by the two sides is essential in the context of overall development of the bilateral relationship.

"As the external affairs minister had noted in a recent interview 'the state of the border and the future of our ties, cannot be separated'," Srivastava said at an online media briefing.

He said both sides have reached an agreement on broad principles of disengagement and based on it, some progress had been earlier made.

"I must add that translating these principles on ground is a complex process that requires re-deployment of troops by each side towards their regular posts on their respective sides of the LAC (Line of Actual Control)," Srivastava said.

"It is natural that this can be done only through mutually agreed reciprocal actions. While we would like the ongoing disengagement process to be completed at the earliest, it is important to bear in mind that achieving this requires agreed actions by both sides," he added.

The MEA spokesperson said India expects that the Chinese side to sincerely work with India towards the objective of complete disengagement and de-escalation and full restoration of peace and tranquillity in the border areas as agreed by the Special Representatives of the two countries.

The formal process of disengagement of troops began on July 6, a day after a nearly two-hour telephonic conversation between National Security Advisor Ajit Doval and Chinese Foreign Minister Wang Yi on ways to bring down tensions in the area.

Doval and Wang are special representatives on the boundary question.

The Chinese People's Liberation Army(PLA) has pulled back from Galwan Valley and certain other friction points but the withdrawal of its troops has not moved forward from the Finger areas in Pangong Tso, Gogra and Depsang as demanded by India, according to military sources.

India has been insisting that China must withdraw its forces from areas between Finger Four and Eight. The mountain spurs in the area are referred to as Fingers.