Home  »  Website  »  National  »  'We Had Technology On Our Side': Air Force Chief On Balakot Strike

'We Had Technology On Our Side': Air Force Chief On Balakot Strike

The Air Force struck a Jaish-e-Mohammad terrorist training camp in Pakistan's Balakot area on February 26, in response to the February 14 Pulwama terror attack in which 40 CRPF personnel were killed. 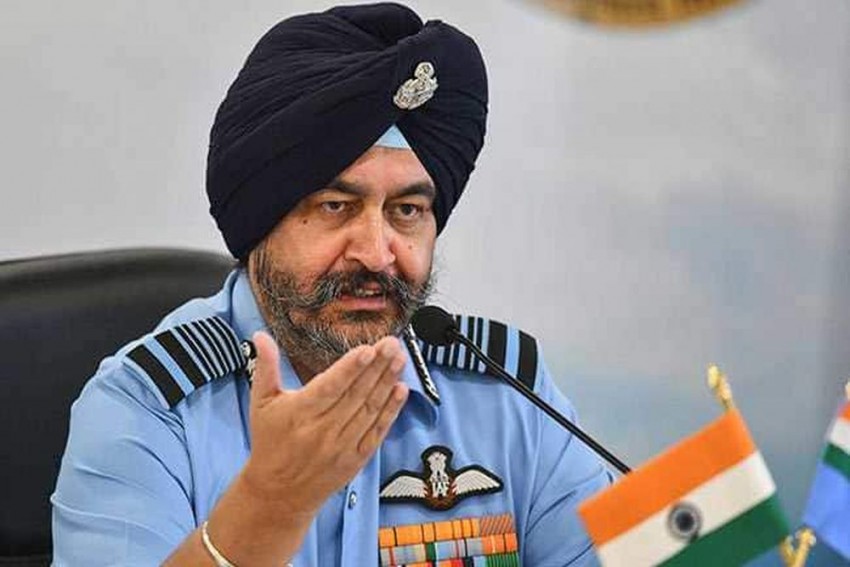 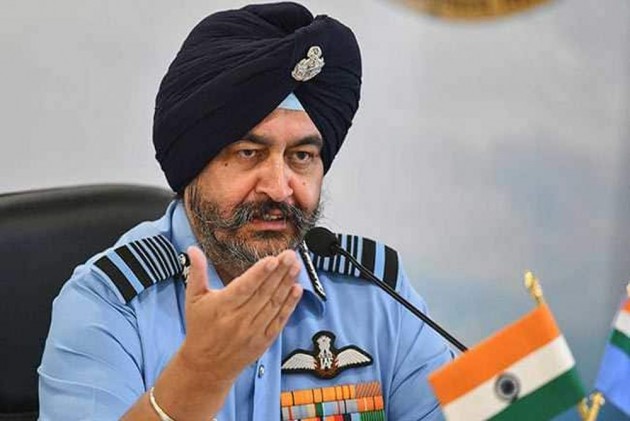 Technology was on India's side in the Balakot air strikes, Air Chief Marshal B S Dhanoa said on Monday, asserting that the results would have been further tilted in the country's favour if Rafale jets were inducted in time.

In his address to a gathering at a seminar here on aerospace power of the future and impact of technology, the IAF chief also asserted that the strike on a "non-military target with precision at night, deep inside Pakistan demonstrates our ability to hit the perpetrators of violence in our country, wherever they may be".

"In the Balakot operation, we had technology on our side, and we could launch precision stand of weapons with great accuracy. In the subsequent engagements, we came out better because we upgraded our MiG-21 Bisons, and Mirage-2000 aircraft," he said.

"The results would have been further skewed in our favour had we inducted the Rafale aircraft in time," Dhanoa said.

The Air Force struck a Jaish-e-Mohammad terrorist training camp in Pakistan's Balakot area on February 26, in response to the February 14 Pulwama terror attack in which 40 CRPF personnel were killed.

The Pakistan Air Force retaliated the next day by unsuccessfully targeting various military installations in Jammu and Kashmir.

The IAF chief asserted that it was a "critical demonstration of our national will and capability which is the major lesson coming out of the present crisis".

Dhanoa said in his speech, "In the proposed induction of the Rafale and S-400 surface-to-air missile system, in the next two-four years, once again the technological balance will shift in our favour, like it was in 2002 during Operation Parakaram during the last stand-off."

India inked an inter-governmental agreement with France in September 2016 for the procurement of 36 Rafale fighter jets at a cost of around Rs 58,000 crore. The delivery of the jets -- capable of carrying a range of potent weapons and missiles -- is scheduled to begin from September.

In October last year, India and Russia signed a multibillion dollar deal for S-400 'Triumf' long-range air defence missile systems. It has the capability to destroy incoming hostile aircraft, missiles and even drones at ranges of up to 400 km.

The seminar on 'Aerospace power in the 2040s: Impact of Technology' was held at Subroto Park here to mark the birth centenary of the late Marshal of the IAF Arjan Singh.

The event was hosted by the IAF along with the Centre for Air Power Studies (CAPS), an autonomous defence research and analysis body.

In his speech, Dhanoa also made a reference to the 1971 Indo-Pak War to emphasis that number of aircraft loss do not necessarily signify victory for any side.

"You win or lose on how much of your politico–military objectives were achieved... Similarly, post our strike on a terrorist training camp, to thwart an impending strike on our soil, Pakistan Air Force had launched a riposte on February 27 against Indian military targets.

"Did they succeed in their objective, the answer is a clear 'no', as the attack was thwarted while we achieved our objective in Balakot. This is the main argument. Yes we lost an aircraft, a MiG-21 Bison, and one of our pilot was held captive," Dhanoa said.

But, India got an aircraft too, which electronic signatures suggest was "an F-16". But to shift the narrative to this air combat from not being able to achieve one's military objective is obfuscating the issue, like the statements given by the other side post 1965 and 1971, he said.

"Among all arms of the military, technology affects us the most.. land forces mainly comprise men, naval and air force officers operate machines and in the Air Force this technology has to be packed in smaller machines and subject to extreme temperature and pressure and 'G' forces," the IAF chief said.

And, air power is more sensitive to technological change, he said.

"Some critical technological inductions such as AWACS, fourth-generation fighter aircraft, ISR platforms and critical force enablers have to be fast tracked to maintain the edge in such short skirmishes where we cannot bring our numbers to bear for decisive outcome," he said.

In the long term, IAF's modernisation programme is to progressively absorb technology through indigenisation, Dhanoa said.

"Here, the 'Make in India' fighter programme under a strategic partnership and our indigenous technology would give us the capability of designing, developing and manufacturing 5th generation fighter aircraft by the 2040s," he said.

"Similarly, in the field of missile defence systems, I am optimistic that by 2040s having developed the MRSAMs with a strategic partnership, we would manufacture design and develop a LRSAM along with a secure anti-cruise missile and anti-ballistic missile defence system," the IAF chief added.

"In space, we intend to enhance our communication, navigation and ISR capabilities and the newly formed tri-service Space Command would further our capability in this dimension by 2040," Dhanoa said.

He said the kind of numbers India can bring to bear in case of a full-scale conflict was amply demonstrated in Exercise 'Gagan Shakti- 2018' wherein IAF flew "5,000 fighter sorties within a period of three days in the western sector".

"During Exercise Vayushakti in February, we demonstrated our capability to strike with precision both during day and night. All this works towards our conventional deterrence," he said.