While attending the virtual event where PM Modi unveiled the second campus of the Chittaranjan National Cancer Institute, Bengal CM Mamata Banerjee said that the state has funded 25 per cent of the project cost. 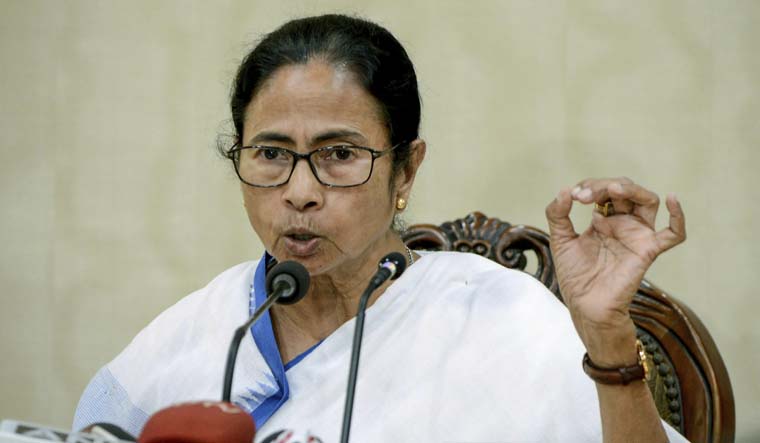 The state has funded 25 per cent of the project cost and is still carrying out the recurring expenses in the facility at Rajarhat near here, Banerjee said.

"The prime minister virtually inaugurated the project. But I would like to inform the PM that we had already inaugurated it earlier during the outbreak of pandemic when we needed a Covid centre. It helped us a lot. This institute is associated with the state government as well,” she said.

The chief minister who also attended the PM's programme virtually said that the state also bears a recurring expenditure of Rs 71 crore for it.

“The PM will be happy to know that the state is funding 25 per cent of the project. We have also given 11 acre of land to the CNCI for the second campus,” she said.

The Bengal CM, however, thanked Modi for inaugurating the campus and dedicating it to the people of the country.

Referring to her government's decision to engage senior consultants in different departments, Banerjee told the PM that Governor Jagdeep Dhankhar is questioning the reason behind the move.

"You (Modi) gave us suggestions to appoint people from outside and we have followed that. But the governor has questioned me why I took such a decision. He asked us to show him the process (followed to take the decision). He has no clue that we have followed the advice of the PM. Whatever be the political outlook, but we follow the guidelines of the Centre. We try to follow it 99 per cent," she said.

Banerjee also appealed to the PM to increase the quota for medical seats in the state.

"There is a scarcity of doctors and the quota for medical seats must be increased as per the population. There is one hospital where 75 doctors are down with Covid. How will the treatment of patients be carried out?" she said.

She claimed that West Bengal is No. 1 in the country in terms of administering Covid-19 vaccine doses in the state and sought more of them from the Centre.

Vaccine wastage is zero in the state, she said.

“We (state government) have ensured through our works that our country won't get a bad reputation. We have started various schemes like Swasthya Sathi (health insurance scheme) and have started dialysis centres. People are also getting 40 per cent concessions on medicines."