Meanwhile, Board of Trustee Chairman Ashish Dhawan said, 'I deeply regret any lapses that led to this situation - this was not something we had anticipated or planned.' 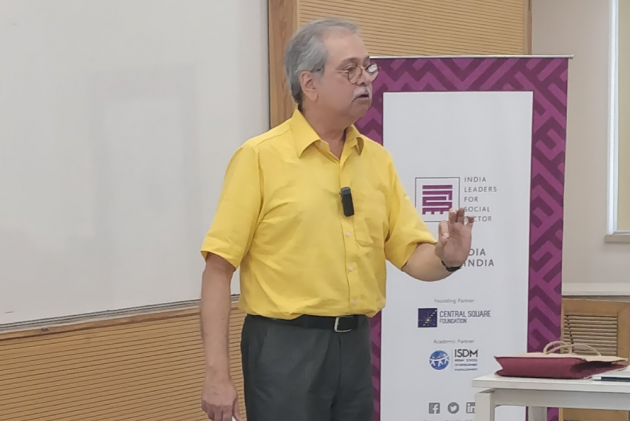 Ashoka University Chancellor Rudrangshu Mukherjee has said the institution remains committed to academic freedom and intellectual independence while its Board of Trustee Chairman Ashish Dhawan promised an open line of communication.

Days after Mehta stepped down as a Professor from Ashoka University, saying that the founders made it "abundantly clear" that his association with the institution was a "political liability", Mukherjee wrote to faculty and students stating the institution's founders have never interfered with academic freedom.

Dhawan in a separate letter said the Board of Trustee stands for free enquiry, academic freedom and intellectual independence and the university is committed to providing an environment of excellence. "I deeply regret any lapses that led to this situation - this was not something we had anticipated or planned."

"Today when the Founders are being attacked for trying to compromise and curtail academic autonomy and freedom of expression, I find it necessary as Chancellor and given my association with Ashoka from its inception, to state unambiguously that the Founders have never interfered with academic freedom: faculty members have been left free to construct their own courses, follow their own methods of teaching and their own methods of assessment," he wrote.

They, he said, have also been left free to carry out their own research and publications.

"There are only two points that the Founders have insisted upon. One, that Ashoka should not compromise on intellectual standards; and two, that the Foundation Courses should be integral to Ashoka's academic offering," he wrote on March 20.

Over 150 international academics have come out in support of Mehta in an open letter that described his resignation from Ashoka University as a "dangerous attack" on academic freedom. Former RBI governor and economist Raghuram Rajan have expressed solidarity in a blog, saying, "Metha is a thorn in the side of the establishment".

The university students union has given a strike call on March 22-23 over the resignation of Mehta and Arvind Subramanian, noted economists who resigned in solidarity with Mehta.

Ashoka University on Sunday acknowledged "lapses in institutional processes" and expressed "deep regret" at the recent events surrounding the resignations of political commentator Mehta and noted economist Subramanian from its faculty.

Meanwhile, Mehta wrote a letter to students, urging them to not "press" for his return, asserting that the circumstances that led to his resignation will not change in the foreseeable future.

"Ashoka University's commitment to core values and our Founders and Trustees' role are being questioned in the wake of the recent resignation of Professor Pratap Bhanu Mehta," Mukherjee said, addressing Mehta by the first name and calling him a "close personal friend" whom he had brought to the university and succeeded him as Vice-Chancellor.

Mehta, he said, made invaluable contributions to building Ashoka into the institution. "We all regret what has happened, but I am sure we will recover and move forward from the situation we find ourselves in".

"It would be no exaggeration to say that some of my colleagues, including faculty members and some Founders, and myself drew up the core values of Ashoka - critical thinking, intellectual autonomy, learning through debate and interaction, the importance of social responsibility, and moral courage. Ashoka University and its reputation stand on these pillars," he said.

"We have always been and will remain committed to academic freedom and intellectual independence."

This is why Ashoka has set new standards in higher education in India. "With our additional commitment to excellence, I do not doubt that we will continue to scale new heights," he said.

Stating that he had to engage very closely with the founders in building and fundraising for the university, he said these are individuals who have worked selflessly and tirelessly to build Ashoka into what it is today.

"Most of us were introduced to Ashoka by them. They have worked alongside us and seamlessly with us. Ashoka has a unique and unprecedented governance model that is collaborative but has natural guardrails to preserve academic integrity and independence," he said.

Ashoka has been a place of many firsts and of setting new benchmarks, he said. "As the Chancellor, I see it as my duty that the core values as laid out above are unfailingly adhered to."

"Ashoka University overcomes these difficult times and moves forward. I hope you will stay unwavering in your support for our quest to build India's greatest university," he added.