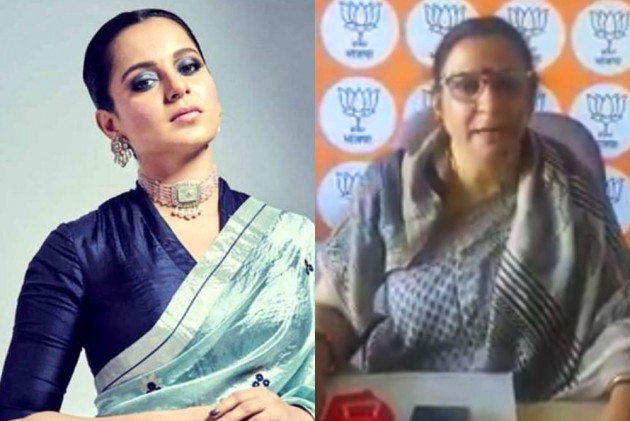 In a video statement, Sood came down heavily on Shiv Sena and said it will launch a campaign against the Uddhav Thackeray-led party for "demolishing" actress Kangana Ranaut's office in Mumbai.

"The members of BJP Mahila Morcha stand in solidarity with Kangana Ranaut and will launch a massive agitation against Shiv Sena for demolition of the office of Himachal’s daughter," Sood said in the video message.

“If need be, we will not even spare Congress. Congress’s daughter Priyanka Gandhi has also built a house in Shimla. We will promise to demolish her house too . This is the promise of Mahila Morcha," she said.

Himachal Chief Minister Jairam Thakur told reporters: "Shiv Sena has departed from the principles on which it was formed by Balasaheb Thackeray and by having an alliance with Congress, Shiv Sena's future looks uncertain. Shiv Sena had stooped too low .”