The Taliban has been making rapid advances across Afghanistan by resorting to widespread violence since the US began withdrawing its troops on May 1. 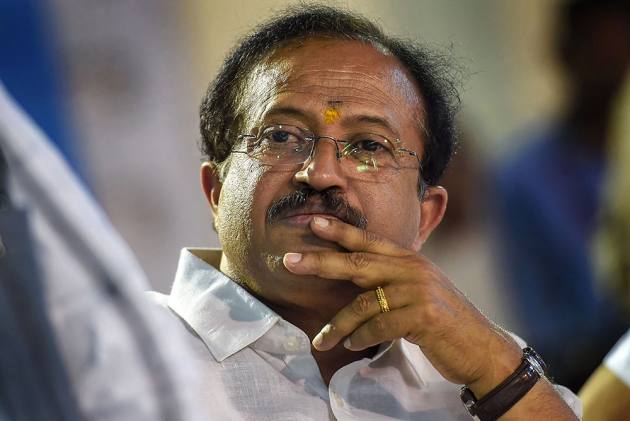 Minister of State for External Affairs V Muraleedharan on Thursday said in Rajya Sabha that India follows an unwavering policy to support a sovereign, democratic and peaceful Afghanistan and the country is in communicating with various stakeholders within and outside Afghanistan including regional and international partners.

The comments came a day after India and the US strongly voiced the need to initiate an immediate intra-Afghan peace process to put an end to the violence in Afghanistan and find way for a political settlement.

The Taliban has been making rapid advances across Afghanistan by resorting to widespread violence since the US began withdrawing its troops on May 1.

"As a contiguous neighbour and strategic partner, India has a steadfast policy to support sovereign, democratic and peaceful Afghanistan, where the interest of all sections of Afghan society including women, children and minorities are protected," he said.

"India supports all peace initiatives leading towards a lasting political settlement through an inclusive Afghan-led, Afghan-owned and Afghan controlled process which would lead to peace and stability in the region," the minister said.

"The external affairs minister participated in the inaugural session of the intra-Afghan negotiations in Doha held in September 2020. The government is in touch with various stakeholders within and outside Afghanistan, including regional and international partners," Muraleedharan said.

On September 12, an Indian delegation attended the inaugural ceremony of the intra-Afghan negotiations featuring various stakeholders including the Afghan government and the Taliban in Doha. Jaishankar joined it through video conference.

The evolving situation in Afghanistan figured prominently during talks bewteen Jaishankar and US Secretary of State Antony Blinken here on Wednesday.

Blinken said there can be no military solution to the Afghan conflict and India has and will continue to make vital contributions to Afghanistan's stability and development as a leader and a critical American partner in the region.

The US Secretary of State said that both India and the US "largely" see Afghan conflict in the same light, warning that an Afghanistan that does not respect the rights of its people and commits atrocities against them would become a "pariah state".

India has been a major stakeholder in the peace and stability of Afghanistan. It has already invested nearly USD 3 billion in aid and reconstruction activities in the country.

It has also been calling upon all sections of the political spectrum in Afghanistan to work together to meet the aspirations of all people in that country including those from the minority community for a prosperous and safe future.