‘We Were Targeted For Having A Voice And Being Muslim’: Women Who Were ‘Auctioned’ Online

A now-defunct app called ‘Sulli Deals’ targeted about 90 Indian Muslim women by uploading their photos taken from social media and ‘auctioning’ them online. 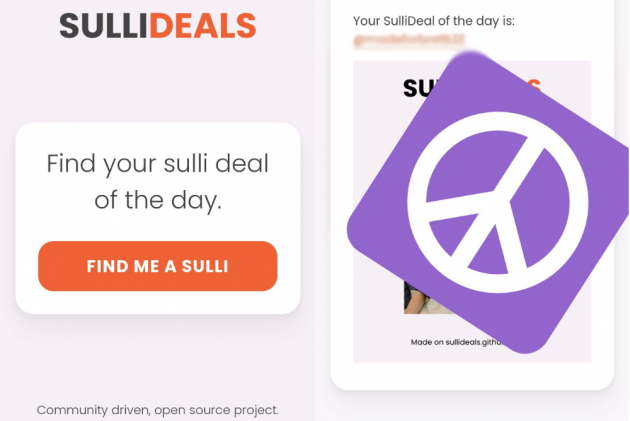 When Khatija’s (name changed) phone wouldn’t stop ringing on the night of July 4, she knew something was amiss. One of her friends had seen a post on Twitter, in which Khatija was being “auctioned”. In the post, a Twitter user had shared a screenshot from a now-defunct app called “Sulli Deals”. The screenshot had Khatija’s Twitter profile picture with text that read, “My Sulli deal of the day is Khatija”.

‘Sulli’ is a derogatory term used to refer to Muslim women.

On July 5, many Indian Muslim women took to Twitter to express their shock and outrage on finding that they were being “auctioned” on an app called “Sulli Deals”. The app was hosted on GitHub and it was self-described as a “community driven open source project”.

Somebody made an app of 'Sulli Deals' which has twitter handle of so many Muslim girls. You are one tap away from finding the girl as your deal.
That app has our pictures and our names.
The motto of the app says, 'community driven, open source project' pic.twitter.com/Rc2vyynRMy

The app “auctioned” about 90 Muslim women, mostly Indian, by uploading their photos taken from social media without their consent.

When users opened the app, they saw a button that read “Find my Sulli”. On clicking the button, they would be provided with a randomly chosen image of one of the 90 Muslim women that were already uploaded on the app, with the text— “My Sulli deal of the day is XYZ”.

“Just to think of the entire incident, it sends a shiver down my spine. Seeing myself there as someone’s ‘Sulli deal of the day’ has been utterly traumatising and humiliating. I don't know if I'll ever gain the confidence to upload a picture of mine on Twitter ever again. Throughout this ordeal my friends have stood by me. However, a few of my family members including my dad are unaware about this and I am not sure if I’ll ever gather the courage to tell him that I was auctioned online,” said Khatija.

However, Khatija isn’t alone. Pilot Hana Mohsin Khan, has also been outraged by the entire incident after she found a picture of hers on the app.

“I don’t have a political account. I don’t write on politics or religion, because my work does not permit me. I come on Twitter to have a good time, I share pictures of my aircraft and myself and I talk about just that. These trolls had no reason to target me. However, they targeted me only because I am a Muslim woman and because when I talk people listen. I don’t fit in to their stereotype of an oppressed Muslim woman. It’s very disturbing to get attacked this way merely for being a Muslim with a voice. That’s outrageous,” said Khan, who filled an FIR with the Uttar Pradesh Police in connection with the case on July 7.

Filed an FIR.
I’m resolute and firm in getting these cowards to pay for what they have done.
These repeat offences will not be taken sitting down.
Do your worse. I will do mine.
I am a non-political account targeted because of my religion and gender.#sullideals pic.twitter.com/mvt20VWPqp

Apart from me many more women, who were targeted by the creators of this app, will also be filing FIRs across the country, Khan added.

While the entire episode has been disturbing, what’s been worse is all the “victim blaming” we have had to deal with, said Ayesha (name changed), another woman who was targeted by the app.

"A lot of people including women, questioned us on why we chose to upload our pictures on social media. While being attacked like this is quite triggering, it gets worse when we are blamed for being cyberbullied. And when we are asked questions like this, the entire issue comes back to square one. We are told not to upload our pictures online, not to head out of our homes, not to do this or that. Then my question is, what can we do?” asks Ayesha.

Meanwhile, the National Commission for Women (NCW) on Thursday wrote to the Delhi police chief seeking a probe into the incident.

@NCWIndia has taken cognizance of the matter. Chairperson @sharmarekha has written to @CPDelhi for investigation & filing of FIR in the matter. Action taken has to be informed to NCW within 10 days. Copy of the letter has also been sent to DCP Cyber Crime.https://t.co/KGR4XrmyuA

Prior to this, the Delhi Commission for Women (DCW) took suo motu cognizance of media reports of the incident and sought a report from the Delhi Police in 10 days.

Issued Notice to Police on a very serious matter of cyber crime where pictures of several Muslim women were displayed online without their consent and termed as ‘Sulli Deal of the day’. FIR should be registered and strong action should be taken. #SulliDeals pic.twitter.com/MyvKGTsvJ1

Responding to the developments, a Delhi Police spokesperson told Outlook that an FIR was lodged on Wednesday and the matter is being investigated with officials trying to trace the creators of the app.

Meanwhile, when Outlook contacted GitHub to find out how the app was permitted to be hosted on the platform, a spokesperson said, “GitHub has longstanding policies against content and conduct involving harassment, discrimination, and inciting violence. We suspended user accounts following the investigation of reports of such activity, all of which violate our policies.”

This is the second such cyberattack on Muslim women in the past two months.

On May 13, a YouTube channel called ‘Liberal Doge’ shared pictures of many Pakistani women on the occasion of Eid ul Fitr, with derogatory comments.

“Since Eid was celebrated a day earlier in Pakistan when this happened many Muslim women in India didn’t upload their pictures fearing a similar attack. Right wing trolls have constantly abused us online but now by creating an entire app, they have taken their misogyny, sexism and Islamophobia to a whole new level,” said Ayesha.

Further, sharing her previous experience of being a victim of cyberbullying, Khatija told Outlook that this was not the first time she was ‘bid’ upon.

Previously, she was attacked by a group of right-wing handles over a tweet, following which she was added to an online group “Khatija Sulli Sale”. Many unknown men were “bidding” on her in that group and she even received rape threats, she alleged. That incident left her so shocked that she went off social media for a few days soon after, she said.

The timing of the launch of the ‘Sulli Deals’ app just days before Eid Al Adha has now raised eyebrows with many people alleging that this is an organised attempt meant to stoke communal tensions.