Yadav said if the upcoming session was shortened 'we will boycott it and gherao the residences of the Chief Minister and the deputy CMs'. 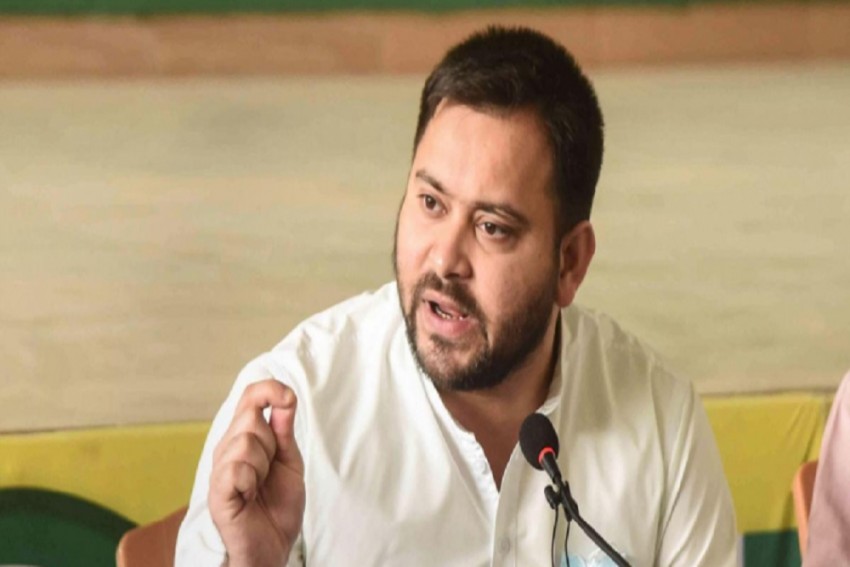 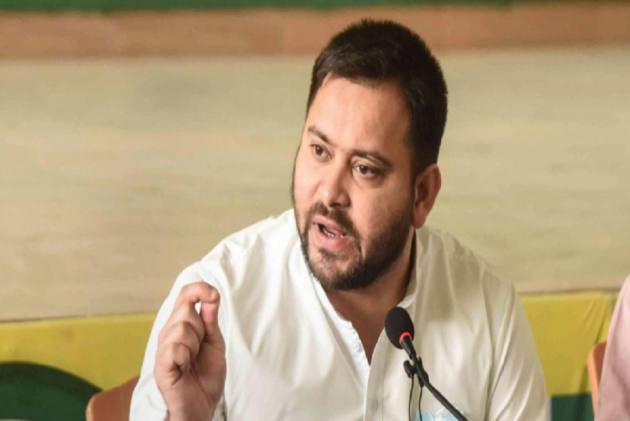 The opposition Grand Alliance in Bihar on Sunday declared it would boycott the upcoming budget session of state assembly and lay siege to residences of the Chief Minister and his deputies if proceedings of the House were curtailed in the name of facilitating Covid-19 vaccination.

The announcement was made by RJD de facto leader Tejashwi Yadav after a meeting with delegates of Congress, CPI(ML), CPI and CPI(M) which together constitute the opposition coalition helmed by his party.

"We met the Speaker yesterday. He had suggested that the budget session, normally held in March, be advanced and the proceedings which often last for a month or so, be wrapped up in a few days. "The reason stated by him was possible vaccination drive for Covid-19 in March", Yadav told reporters.

The former Deputy CM alleged that proposed shortening of the session was "a ploy by the Nitish Kumar government to avoid facing elected representatives and getting cornered over the issue of high-handedness of the bureaucracy".

He pointed out that assembly elections in the state were held last year while the pandemic was at its peak but large public gatherings in the form of rallies were allowed. "Now they are trying to tell us that just 243 members of the House cannot assemble because of the pandemic. They are talking about vaccination. Can they give a tentative date of its commencement? "Do they have even a faint idea as to how many vials of the shot will be made available to Bihar?", Yadav asked mockingly.

Underscoring that legislative business had suffered in the state over the past one year because of the pandemic, Yadav said if the upcoming session was shortened "we will boycott it and gherao the residences of the Chief Minister and the deputy CMs".

The RJD leader also took potshots at Nitish Kumar over his failure to come out "with even a small statement or a tweet" condoling the death of dozens of protesting farmers in the national capital. "We have always supported the cause espoused by the protestors and in yet another expression of solidarity, the opposition will be holding a state-wide human chain on January 30", Yadav declared.

The younger son of jailed RJD supremo Lalu Prasad, who was stripped of the Deputy CMs post more than three years ago following Nitish Kumars abrupt return to the NDA, scoffed at complaints of the JD(U) about having been "cheated" in the assembly elections an allusion to the LJPs sudden rebellion and the BJPs failure to rein in a renegade Chirag Paswan. "Kumar is reaping what he has sown. What did he do to George Fernandes and Digivijay Singh?", asked Yadav, referring to the former Union ministers who were close associates of Kumar early on, but bitterly parted ways towards the end of their lives.

We Aim To Cover Every Person In Covid Vaccination Drive: Yogi Adityanath