'We Will Contest And Win In Maharashtra Polls': MNS Chief Raj Thackeray

Though the exact number of seats MNS will contest is not clear yet, the party sources indicated that it may be around 125 seats. 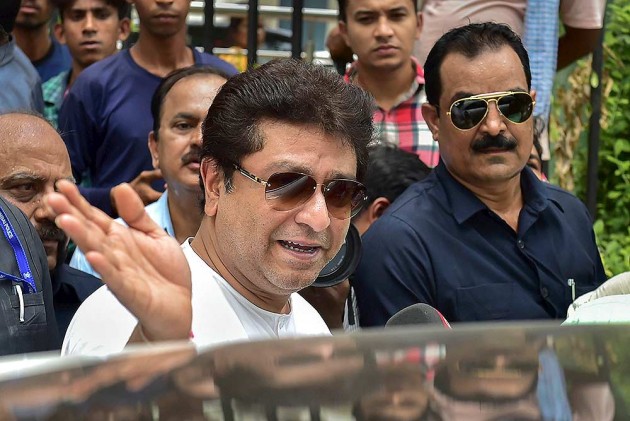 "We will contest the Assembly elections and shall also win... The candidates and the seats on which we shall contest will be announced in the next couple of days," Thackeray said amid thunderous applause at a meeting of the party officials.

Though the exact number of seats MNS will contest is not clear yet, the party sources indicated that it may be around 125 seats.

There is no clarity on whether the party will enter into any tie-ups with other parties or alliances, though party leaders claim they would win sufficient numbers to emerge as 'king-maker' in case the other two main alliances fail to get the majority.

It maybe recalled that Raj Thackeray had shot to fame in the 2019 Lok Sabha elections when he attacked the ruling BJP-led NDA government at the Centre with his famous "Laav Re Video" (Play The Video) at his public meetings even as his party was not contesting the election.

Later, in August, he was summoned by the Enforcement Directorate (ED) for questioning in an alleged case of financial irregularities in one of his business ventures, along with his other partners.

With the MNS' entry into the poll fray, the state electorate has a plateful of choices before them besides the two main ruling and opposition fronts.

There is the ruling combine of Bharatiya Janata Party-Shiv Sena, whose formal partnership is likely to be announced shortly, the Opposition Congress-Nationalist Congress Party alliance, the Prakash Ambedkar-led Vanchit Bahujan Aghadi, besides other local and state parties, or pressure groups like the Vidarbha Sangharsh Samiti.