'We Will Fight And Win Next War With Indigenous Weapons': Army Chief

In his address at the 41st DRDO Directors Conference, he also said the development of weaponry and other systems should be done keeping "future warfare" in mind. 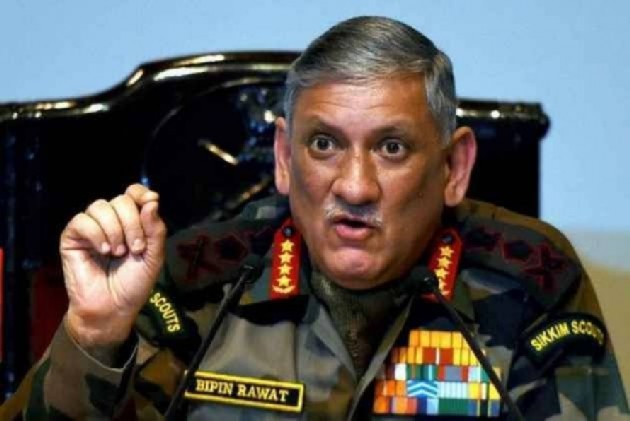 Pitching greater inclusion of indigenous technology in the armed forces,  Army Chief Gen Bipin Rawat on Tuesday asserted that India will fight and win the next war with home-grown solutions.

In his address at the 41st DRDO Directors Conference, he also said the development of weaponry and other systems should be done keeping "future warfare" in mind.

"If we are looking at the contours of future warfare, it may not necessarily be contact warfare. So, there is a realm of non-contact warfare. We need to start looking at the development of cyberspace, space, laser, electronic warfare and robotics... and, along with that Artificial Intelligence (AI)," Rawat said.

"And, if we do not start thinking on it now, it will be too late," he said.

He praised the DRDO for its achievements in the last few decades and said India is making great strides in research and development. "We are confident the services will greatly benefit from it," he said.

"India is one of the largest importers of weapons and ammunition, and after 70 years of Independence, it is not a very proud statement to make. But in the past few years, it is changing. DRDO is striving to ensure our requirements of services are met with home-grown solutions," Rawat said.

"We are confident that we will fight and win the next war with the indigenous weapon system," the Army chief said.

Defence Minister Rajnath Singh was the guest of honour at the inaugural session of the two-day event held at the DRDO Bhawan here.

The defence minister earlier paid tribute to former president APJ Kalam by garlanding his bust at the DRDO premises as the event coincided with the 88th birth anniversary of the distinguished scientist.

"Let us get inspired by his life and work towards realising his dream of making India a developed country through scientific advancement," Singh said.

He also emphasised on the aspects of disruptive technologies that is changing the world and asserted that "India will have to emerge as a leader in this".

Singh also pitched for working on the indigenous system towards making the country "fully self-reliant".

"All stakeholders must come together and hold interactions and come up with action plans as far as research is concerned, so as to increase our defence capabilities to take India to a new height," the minister said.

Doval said, to make a strong and secure India, the role of DRDO would be very important.