Farmers Protest: We Work Harder Than Men, Not Going Back, Say Women Protestors 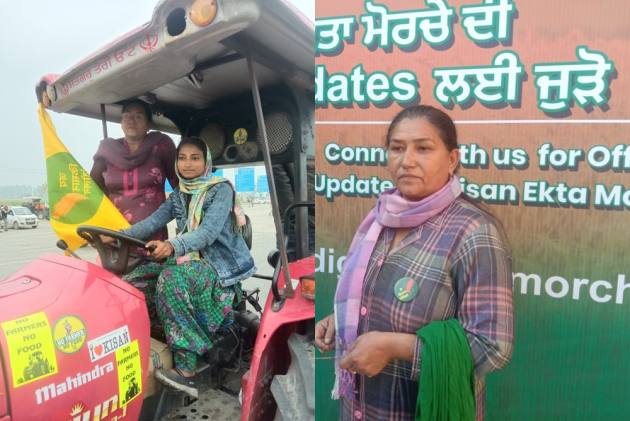 It is for the first time that Ravinder Pal Kaur has been away from her home during ‘Lohri’, an auspicious festival for her family in Punjab. However, the 54-year old farmer harbours no regrets. Kaur says that the celebrations were ‘in high spirits’ as she along with thousands of farmers burned copies of ‘three new farm laws’ at the Singhu border, where she has been protesting for the last 50 days.

Kaur is among the thousands of women who are at the forefront of agitation against the three bills, which were passed by the Parliament in September last year.

Also read: Hope? None At All But We Stay And Fight, Say Farm Leaders

The 50- days hardships at the border haven’t weakened Kaur’s resolve, but the Apex court’s recent suggestion that protesting women, elderly farmers, and children should return home, came as a huge disappointment for her.

“How can the court ask women to leave? Women plant seeds harvest the crops and 80 per cent of farm labour is done by us.  We are equal to men.  Nobody will leave the protest site. We are very much part of the struggle,” says Kaur, who is the secretary of Jai Kisan Andolan. 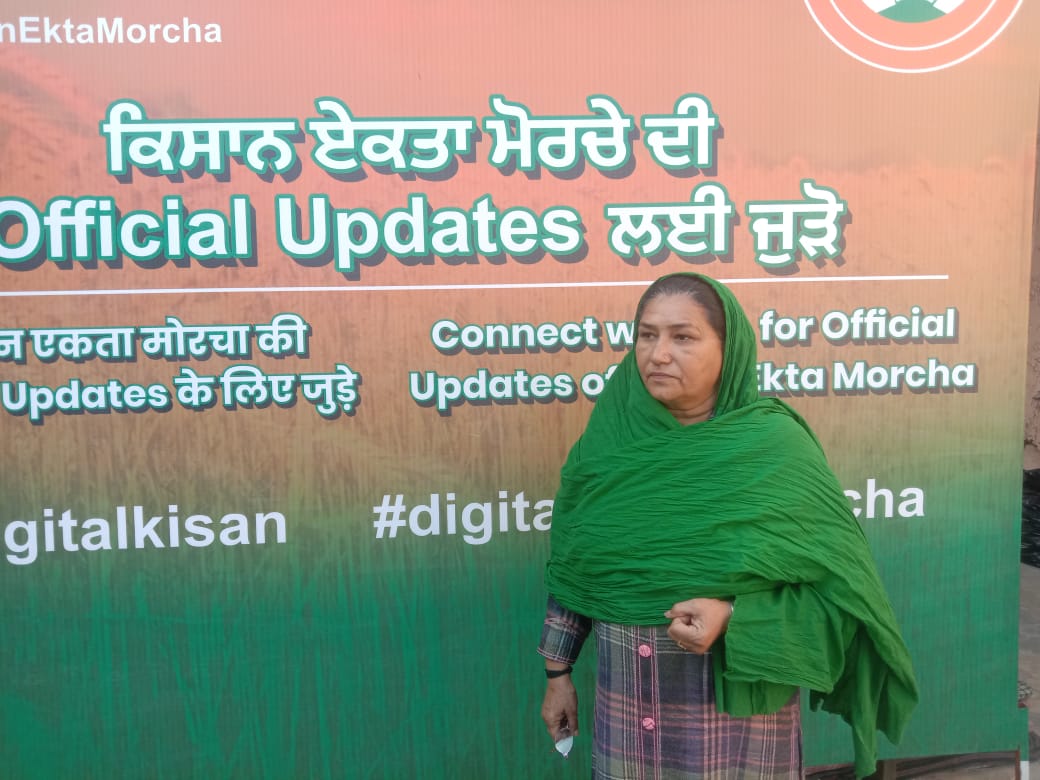 During the hearing on January 11, Chief Justice of India SA Bobde has expressed concern over protestors sitting in severe cold and pandemic situation.

“We don't understand either why old people and women are kept in the protests. Anyway, that is a different matter” said the CJI, who headed a three-judge bench. Later on Tuesday, the court stayed the implementation of the new farm laws till further orders and set up a four-member committee to solve the impasse.

Kaur, who is from Faridkot in Punjab, owns a small landholding. A single mother, Kaur’s life has been always about farming and fields. Kaur feels that women farmers will be the worst affected if the new agricultural bills come into force.

“In the new set up, women farmers will be the worst sufferers. Since there won’t be MSP or APMCs, women will be exploited more,” says Kaur. Though she misses her three-months-old grandchild back home,  Kaur feels that it’s a do or die situation for farmers.

Another farmer leader Rajbala Yadav echoes Kaur’s views. The 63-year old, who hails from the Rewari district in Haryana, finds the CJI’s observation as patriarchal and belittling women’s role in society.

“Women always played a critical role in all struggles throughout history. They are working shoulder to shoulder with men in all spheres. In farming too, women work harder than men. Why the discrimination then?” asks Yadav.

Yadav, who has been camping at the Shahjahanpur border since November, is ready to brave adverse weather and the makeshift arrangements. The land is sacred like one’s mother, she says. “We consider our land as our mother. We can sacrifice our lives for it,” she says.

The new laws will impact women the most, a valid reason for them to be at the frontline, she says. “In the absence of minimum support price (MSP), our household economy will be in crisis,” she adds. She wants nothing less than the repeal of the three laws—Farmers’ Produce Trade and Commerce Bill, the Farmers Agreement on Price Assurance and Farm Services Bill, and the Essential Commodities (Amendment) Bill.

Activists also feel that CJI’s comments endorse the common notion of women not being the landowners. Kavitha Kuruganti of Mahila Kisan Adhikaar Manch (MAKAAM), says that the comments reek of patriarchy.

“It’s a patriarchal mindset. By making such comments, the top court portrays women as vulnerable and says that women don’t have the agency to decide their actions,” says Kuruganti.

Kuruganti says that the comment should be seen in the context of women not recognized as farmers even though they actively participate in farm labour and fields. Studies also show that women in India, own only 12.8 per cent of landholdings, though 73per cent of rural women are engaged in agriculture.

“An important aspect is that women are not being considered as farmers, even as they put maximum work into farming because of lack of land ownership, which is directly linked to patriarchy,” she adds.

Kuruganti also concurs that the large presence of women indicates that they are aware of the fallouts of the ‘reforms’. “In the deregulated set up, women will be more vulnerable to exploitation in the absence of markets,” she says adding that the new laws will only deepen the gender gap in terms of access to market and mobility.

A young farmer activist, Amandeep Kaur Khiva too is anguished about the statement made by the CJI. Hailing from a farming family in Punjab’s Faridkot, Khiva joined the protests more than a month back and she is determined to stay put. The 25-year old wonders why SC is treating women like second class citizens. She says that they have heard the comment earlier from Union Agriculture Minister Narendra Tomar too. 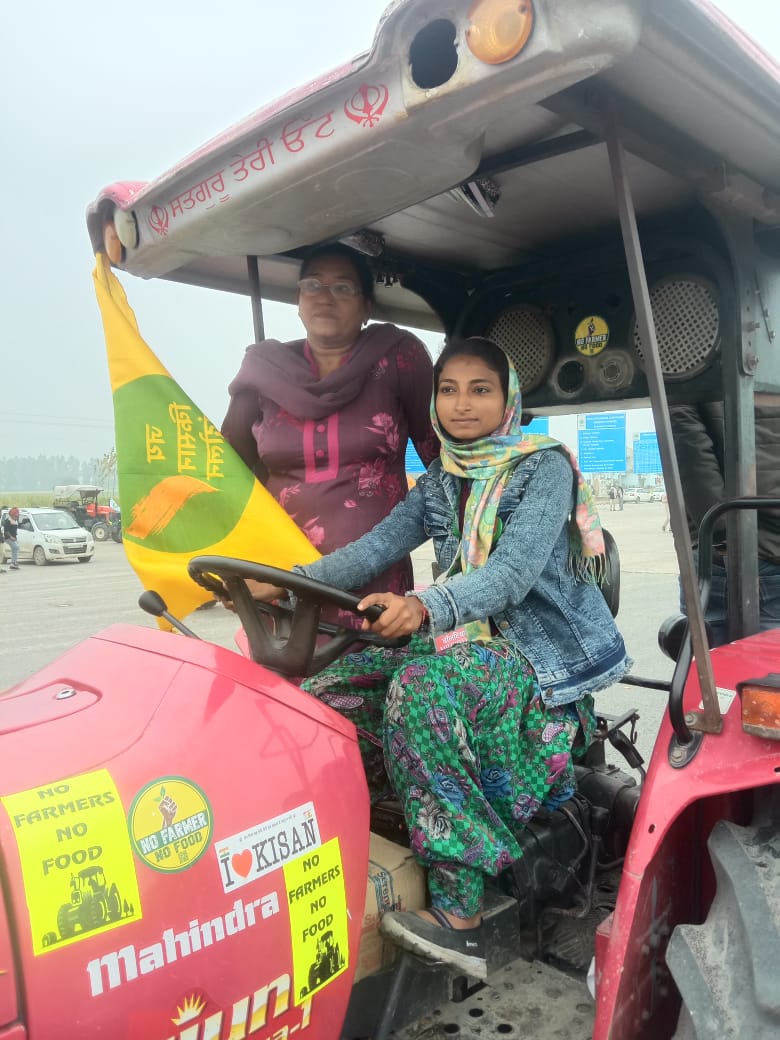 “Just like men, women are equally dismayed and angry about the new laws. Our land is dear to us too. It’s the affected people who are protesting. The government has no right to decide who should protest or not,” she says.

Khiva, who is a member of a cultural team of a protest group, worries that the new laws will be detrimental to Punjab, whose tradition and culture are deeply connected to agriculture. Labour class will be affected too, she contends.

“The women labour class will face hardship if the laws are implemented. Their work will dry up. When a farmer is not secure, how will they employ people?” she asks. A post-graduate, Khiva has decided not to pursue higher studies till the laws are repealed.

Pratibha Shinde, activist and general secretary of the Lok Sangharsh Morcha likes to remind the Supreme Court of women’s role in revolutionizing agriculture in the country. ” Women perform arduous tasks from sowing to harvesting. SC’s observation was discriminatory. If the court wants to show concern, it should be for everyone regardless of gender,” says Shinde, who was at the Shahjahanpur border.

Women will be at the receiving end of the Agri laws come into play, says Shinde. “APMC and FCI will be finished. When the government stops buying grains, the Public distribution system (PDS) will take a hit. Women will feel the pinch more,” she says adding that women participate in the protests on their own volition because of their concern for future generations.

The proposition sounds true for many protestors like Kaur. For them, the struggle is also about protecting the family-owned lands for future generations amid the looming fear that big corporates will snatch the land away from them.

“We turned our soil into gold after toiling a lot. Why would I give it away to corporates? We will be answerable to future generations if we bow our heads before the government,” says Kaur. It is a long haul, and they are prepared for it.