Uttar Pradesh minister Anand Swarup Shukla also said that Muslim women will soon be 'freed' and will not have to wear the burqa anymore. 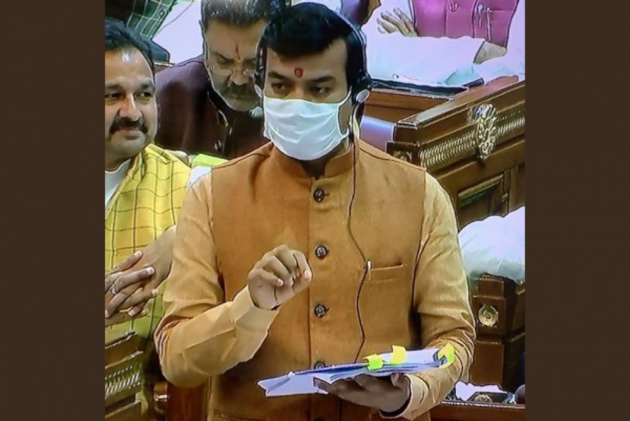 BJP leader Anand Swarup Shukla on Wednesday stoked controversy by comparing the practice of wearing burqa to that of triple talaq and said both were “evil customs”.

Shukla, who is a minister in the Uttar Pradesh government, further said that Muslim women will soon be “freed” and will not have to wear the burqa anymore.

Shukla’s comments come just a day after he wrote to the Ballia district magistrate, complaining that he is facing difficulties while discharging his duties due to loudspeakers at mosques. He further urged authorities to fix the volume of the loudspeakers to a uniform level.

"Muslim women will be freed from 'burqa' like triple talaq. There will come a time when they will get rid of it. There are many Muslim countries where 'burqa' is banned," Shukla told reporters, without elaborating on his claim.

The Muslim Women (Protection of Rights on Marriage) Act 2019 makes the practice of instant divorce through "triple talaq" among Muslims a punishable offence.

Under the provisions of the Act, a Muslim man who pronounces "triple talaq" upon his wife can be sentenced to a jail term that may extend to three years.

Shukla, the Uttar Pradesh Minister of State for Parliamentary Affairs minister, said 'burqa' is "inhuman and evil custom" and added that those with progressive thinking are shunning it and not pressing for its use.

On his letter to the DM in which he raised objection to the volume of loudspeakers at the mosque near his house, the minister said on Wednesday that those having problems should dial '112' and inform police about it, adding if proper steps are not taken, he will decide further course of action.

"Namaaz is offered five times in a day, and throughout the day. As a result of it, I face problems in doing Yoga, meditation, puja (worship) and discharging government duties," Shukla had said in the letter, referring to the Kajipura Madina Masjid in his constituency.

Shukla had said there are a number of schools in the vicinity of the mosque and the practice hampers the students’ studies there.