With his unexpected move, Babul Supriyo has become the first BJP Lok Sabha MP to switch over to the TMC. 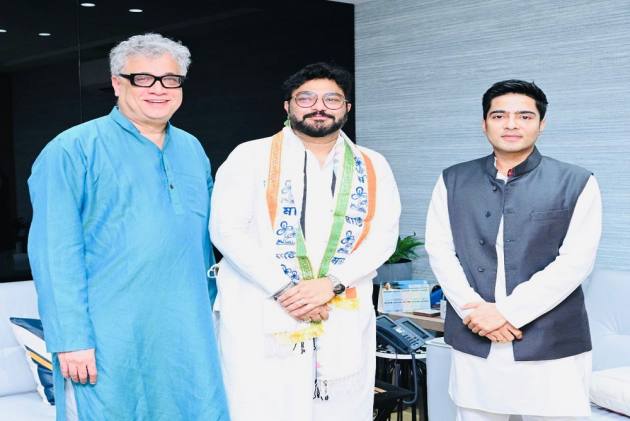 With his unexpected move, Babul Supriyo has become the first BJP Lok Sabha MP to switch over to the TMC. The BJP has already lost three MLAs to poaching since Mamata Banerjee returned to power for the third term.

Supriyo will also resign from Lok Sabha, sources in the TMC said. This will mean a byelection for Asansol Lok Sabha  seat within six months from resignation. This would be an embarrassment for the BJP, believes Bengal's senior BJP leaders.

Supriyo, who joined politics ahead of the 2014 Lok Sabha elections, served as a junior minister in Prime Minister Narendra Modi's cabinet but was removed in the latest reshuffle a couple of months ago. Following his removal, he had announced quitting politics and also decided to resign from the Lok Sabha. However, later, following a meeting with BJP national president J P Nadda, he decided not to resign from the Lok Sabha. His resignation would have necessitated a byelection and the BJP thought they were not in a position to win a Lok Sabha byelection in Bengal at present. However, he did not take part in the BJP's activities since then.

On Saturday, the TMC announced in a tweet, "Today, in the presence of National General Secretary @abhishekaitc and RS MP @derekobrienmp, former Union Minister and sitting MP @SuPriyoBabul joined the Trinamool family. We take this opportunity to extend a very warm welcome to him!"

It gives us immense joy to welcome the former Union Minister and sitting MP from Asansol, @SuPriyoBabul, into the Trinamool family.

He joined us today in the presence of our National General Secretary @abhishekaitc and RS MP @derekobrienmp.


Following this joining, Chandra Kumar Bose, a former vice president of West Bengal BJP, wrote on Twitter, "@SuPriyoBabul joining @AITCofficial today- does it give a signal to @BJP4Bengal to reorganize itself! Complete revamp like @BJP4Gujarat  is necessary to recharge the party which is at present in shambles! @narendramodi @AmitShah @JPNadda."

The BJP's Bengal unit leaders has not agreed to comment on record till the time of writing this report, saying the party's central leaders were dealing with the singer-turned-politician.

Supriyo is an MP from Asansol, the first Lok sabha seat from Bengal that the BJP won entirely on its own in 2014.