Mohan Singh, Dakshin Mandal Sabhapati of the BJP, claimed that he was called there by the saffron party candidate Bharati Ghosh. 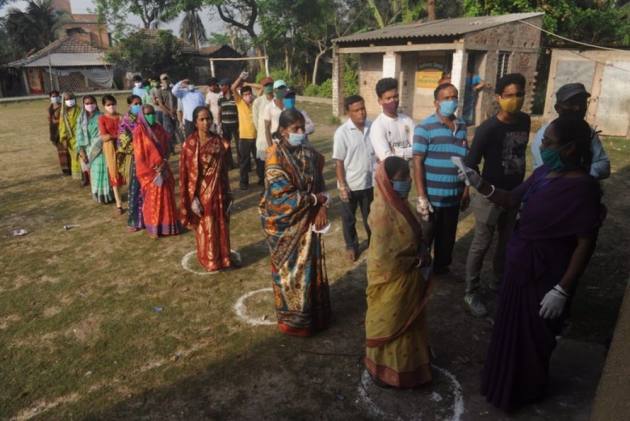 A local Bhartiya Janata Party leader in West Bengal's Debra was detained for allegedly coming within 100 metres of a pooling booth, police said on Thursday.

Mohan Singh, Dakshin Mandal Sabhapati of the BJP, however, claimed that he was called there by the saffron party candidate Bharati Ghosh.

Ghosh, a former IPS officer, alleged that TMC workers beat up Singh and chased him away.

"I have complained to the presiding officer that our party agents are not being allowed to sit at the polling booths. TMC activists are intimidating our agents," she said.

Meanwhile, some BJP activists blocked roads when Singh was being taken to the nearest police station, officials said.

BJP's Bharati Ghosh and ruling TMC's Humayun Kabir, both two former IPS officers, are contesting from the Debra seat, where polling is underway in the second phase