According to the last tally at 5 pm, 53.32 per cent of voters in the Bhawanipur Assembly segment cast their votes to determine whether Mamata Banerjee can continue as Bengal CM. 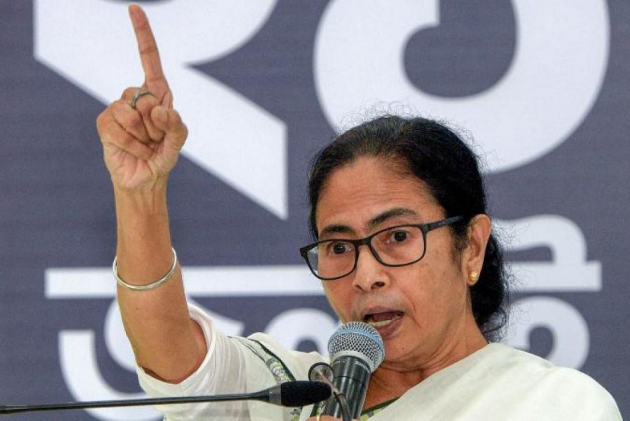 Only  53.32 per cent of voters in the Bhawanipur Assembly segment cast their votes till 5 pm to determine whether Trinamool Congress chief Mamata Banerjee can continue as Bengal chief minister. In contrast, two other Assembly seats in Murshidabad district where deferred general elections are being held simultaneously on Thursday recorded higher voter turnout.  While Jangipur saw 68.47 per cent voter turnout till 3 pm, Shamserganj recorded 72.45 per cent of voters.

In Bhawanipur, where she lives and is a voter, her two prime contenders are political lightweights - the BJP's legal cell and youth wing leader Priyanka Tibrewal and the CPI(M)'s Shreejib Biswas, also an advocate.

In the assembly general election held over March and April, she led her party to an astounding victory for a third straight term in governance, winning 213 of 292 seats where elections were held, but herself lost from Nandigram, 170 km southwest of her home, where she went to take on her one time protege Suvendu Adhikari who had switched over to the BJP.

She had to win an Assembly byelection before November 5 to continue as the chief minister.

Bhawanipur is her home turf, which she won in 2011 and 2016. In 2021, as she went to contest from Nandigram, her old confidante, Sobhandeb Chattopadhyay, was fielded from Bhawanipur. He won with a comfortable majority but resigned soon after, making way for the party chief to win the byelection.

Chattopadhyay is now slated to contest a byelection from Khardah in North 24 Parganas district which the election commission of India has scheduled on October 30, along with assembly byelections in Dinhata, Gosaba and Santipur.

Byelections in Khardah and Gosaba have been necessitated by the death of the winners, both of them from the TMC, while in Shantipur and Dinhata, the BJP's winners were both Lok Sabha MPs who resigned from the assembly membership to retain their membership of the Parliament.

In Bhawanipur, Banerjee is being considered a strong favourite by almost all political observers but Banerjee herself took no chances and spent a significant time in the campaign, apart from her party assigning area-specific responsibilities to senior leaders.

"We'll get more than 70% of the polled votes," said another TMC leader engaged in Bhawanipur's election management.

The BJP, too, deployed a group of senior leaders, including MPs and MLAs, to throw weights behind their candidate, Tibrewal.

Bhawanipur Assembly constituency has a significantly high share of non-Bengali voters - Gujarati, Marwari, Hindi, Bhojpuri, Tamil and Punjabi speakers making about half of the electorate.

During the campaign, Mamata Banerjee tried to highlight her personal connect with Bhawanipur on the one hand, while her party's leading role against the Narendra Modi rule on the other.

On the part of the administration, Bhawanipur become one of the first localities in Kolkata to complete free vaccination for the above 45 age group and, as netizens pointed out on social media, the civic body worked overtime to ensure there was no water logging in Bhawanipur even as many localities of Kolkata remained submerged for long hours due to the heavy rains over the past couple of weeks.