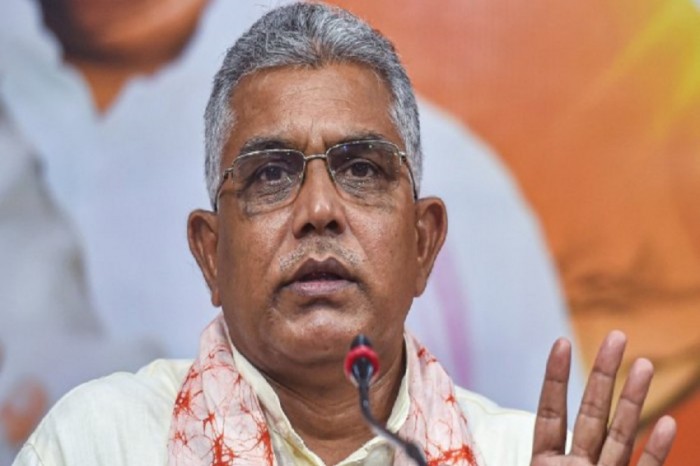 An officer said the police have lodged an FIR on their own against unknown people over alleged pushing and heckling of Ghosh.

Several sections of the Indian Penal Code relating to unlawful assembly, rioting with arms and weapons, voluntarily causing hurt and criminal intimidation have been invoked in the FIR filed at Bhawanipore police station, he said.

Ghosh was Monday pushed and heckled by alleged TMC supporters in Bhabanipur assembly constituency, where West Bengal Chief Minister Mamata Banerjee is in the fray, provoking his security officer to whip out a pistol, as political temperature shot up on the last day of electioneering.

National TV channels showed Ghosh being pushed and heckled on a road as a posse of security guards tried to shield him. A suspected TMC supporter was seen grabbing a security man by his collar who swiftly pulled out a pistol to scare away the crowd.

The incident occurred when Ghosh had gone inside a vaccination camp in Jadubabur Bazaar area in the constituency, where by-poll will be held on September 30.

Ghosh, who was whisked away by his security guards, had alleged TMC supporters "attacked" him without provocation and injured a BJP activist. He had also demanded deferment of the by-poll which Mamata Banerjee must win to stay on as the chief minister.

Under the constitutional arrangement, Banerjee can continue as the chief minister only till November 5 without getting elected to the state assembly. She was defeated in Nandigram in the state assembly elections held in March-April this year.

A BJP delegation is scheduled to meet Election Commission officials in New Delhi later on Tuesday to register a complaint about the incident involving Ghosh. (With PTI inputs)