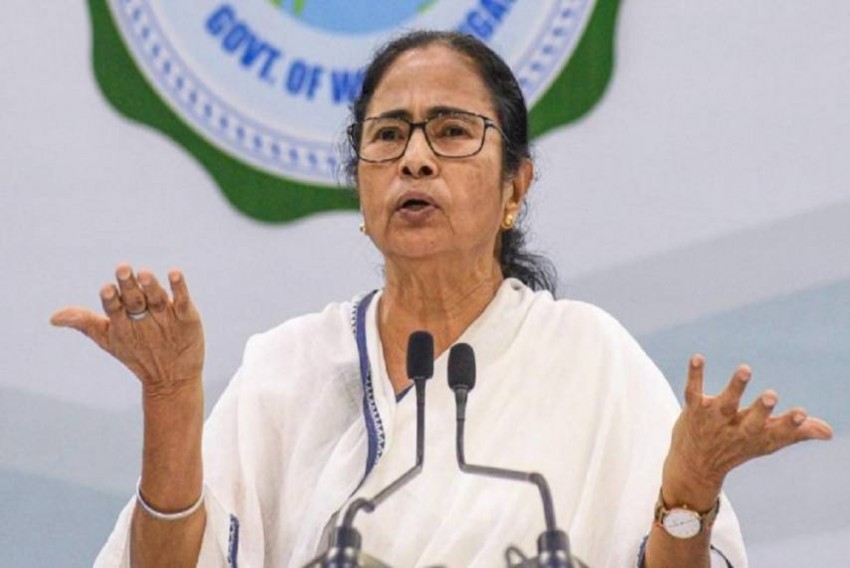 While speaking at a public meeting at Baduria in North 24 Parganas, Banerjee shared that she would be leaving for Cooch Behar after attending rallies, and would visit the spot where central forces opened fire during polling.

Appealing to people to remain calm, Banerjee alleged that central policemen shot dead people standing in a queue to vote and demanded "Shah should resign" owing responsibility for the incident "which is dastardly, cold-blooded and unprecedented".

She said TMC would bring out protest rallies throughout the state on Sunday and asked party activists to wear black badges and peacefully protest the killings from 2 pm to 4 pm.

Earlier speaking at Hingalganj, the chief minister claimed: "the central forces opened fire on people standing in a queue to vote, killing 4 in Sitalkuchi."

She said she had long apprehended that the forces' would act in such a manner. "As BJP knows it has lost the people's mandate, they are conspiring to kill people," Banerjee added.

She alleged this was part of a conspiracy hatched by the Union home minister.

"However, I would ask everyone to remain calm and cast their vote peacefully. Avenge the deaths by defeating them," she said.

Banerjee said that the death toll in this election was far higher than that in the Panchayat elections held three years ago. "If you count the total number of killings since the elections began some 17-18 persons were killed. At least 12 people belonged to our party alone."

Banerjee said the EC too owed the people an explanation on today's incident.