West Bengal Polls: Purulia Look Forward Towards Getting Rid Of Poverty Due To Maoist Activities

The TMC, the BJP and the Left parties are all using development as one of the main planks for the elections in the nine assembly constituencies in Purulia district. 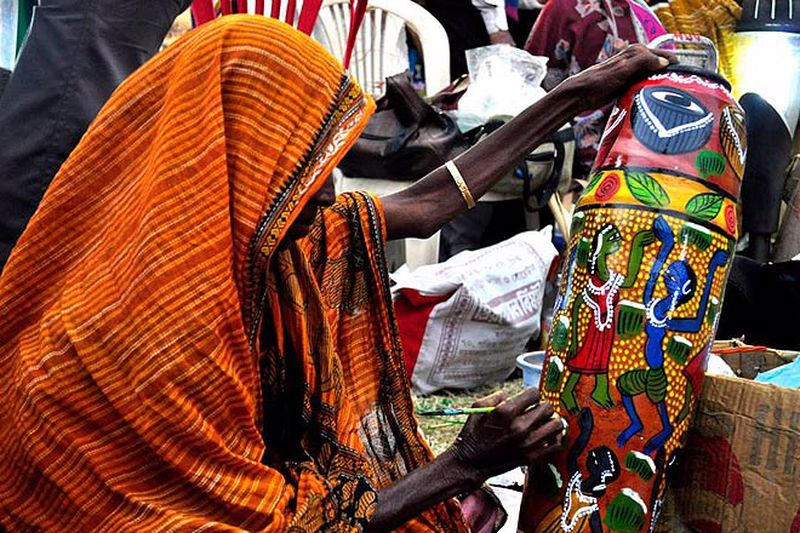 The people of Purulia are desperately seeking development and industrialisation of this economically backward district to unshackle themselves from poverty and decades of neglect as another election knocks on their doors and political parties of all hues make promises galore.

While Chief Minister Mamata Banerjee has announced an industrial park in Raghunathpur with projected investments of Rs 62,000 crore, the BJP claims that the Trinamool Congress
has made false promises over the years and asserts that the saffron party will ensure a better future for the people of this once Maoist terror-affected district.

As a villager Sambhu Majhi of Kashipur puts it, the development of the district through industrialisation is the only way for the people to see a better life for themselves, many of whom find it difficult to make ends meet.

The TMC, the BJP, and the Left parties are all using development as one of the main planks for the elections in the nine assembly constituencies in Purulia district.

The BJP is pitching hard to hold on to the pole position it secured in eight of the nine assembly segments in Purulia in the 2019 Lok Sabha elections, while the TMC
leadership is desperate to regain the sway it held in 2016 assembly polls.

The saffron party came into the reckoning in this westernmost district of the state bordering Jharkhand during the 2018 panchayat elections, snatching quite a few seats from the ruling party.

Claiming that lack of development of Purulia is the biggest issue for the BJP, its district president Bidyasagar Chakraborty alleged that the TMC leaders and workers were busy
making a fortune for themselves instead of working for the interest of the people.

The rugged land of the Chotanagpur plateau makes agriculture difficult, with water a scarce commodity, while lack of industrialisation means surplus labour has no avenues of employment, but to work as migrant labourers in other states, Chakraborty told PTI.

The Left Front had taken an initiative for attracting industry in the district during its rule, but several companies later returned the land allotted to them.

A CPI(M) leader claimed that steel plants were planned at the fag-end of the Left Front rule, but these projects were not carried forward by the TMC government.

"Cut money and corruption have caused the entrepreneurs to leave and our goal is to form a clean and people-friendly government," he said.

The Maoist influence in the forested and rugged lands of Purulia waned after 2010 and many locals who had joined the ultra-Left groupings, returned to mainstream life.

The BJP managed to make great strides in the Jangalmahal area in the 2019 Lok Sabha elections winning all the five constituencies in the belt with a considerable tribal population, including Purulia.

The nine constituencies in Purulia district -- Bandwan, Balarampur, Baghmundi, Joypur, Purulia, Manbazar, Kashipur, Para and Raghunathpur -- go to polls on March 27 in the first of the eight-phase elections in the state.

Both the BJP and the TMC have left no stone unturned in their bid to win over the region. Prime Minister Narendra Modi addressed a public meeting in Purulia last week, while TMC supremo Mamata Banerjee has been holding a number of rallies in the assembly segments within the district.

"The various welfare programmes, including the 'Duare Sarkar' (government at doorsteps), have had a positive effect and we are 200 per cent sure of regaining the position we had during the 2016 assembly elections," Tudu said.

The TMC had won seven assembly seats in the district, losing Purulia and Baghmundi to the Congress.

In Joypur constituency, the nomination of the TMC candidate was rejected by the Election Commission owing to a fault in the filing of papers.

The party has decided to support an independent in Joypur, Tudu said.

Chakraborty said besides problems of lack of employment and water for farming, the district also suffered from a lack of education facilities. Among other issues, there are no women's colleges forcing students to go to other places for higher studies.

He claimed that the TMC's score of winning seven assembly seats in the district is history.

The BJP leader said his party which has performed very well in both the 2018 panchayat elections and 2019 Lok Sabha elections "will certainly do very well in 2021 also."

The once-dominant Left Front, which had a complete hold in the district from 1977 to 2006, has been relegated to being a fringe player here.

The Congress won two seats in the district in 2016 elections with prominent leader Nepal Mahata being one of the MLAs.

Mahata, a two-time MLA from Baghmundi, came a poor third in vote share in the 2019 Lok Sabha elections as the Congress candidate for Purulia constituency.

Its other MLA from Purulia assembly segment, Sudip Mukherjee, has joined the BJP and has been fielded from the seat by the saffron party.

The beautiful landscape of Purulia, known as "all matir desh" (land of red soil) has seen a rise in tourism business in recent years with people from Kolkata and other places choosing its various destinations as weekend getaways.

This has provided some much-needed employment to the people of the district, but the jobs thrown up are too few given the numbers of unemployed, said Paresh Mahata, a small grocery shop owner in the district town.

"Since the land is not very fertile and as water is scarce, we can at best get one crop a year," said Sujan Mandal, a farmer who owns a couple of bighas of land in Manbazar, claiming that only industrialisation can provide much-needed work and relief to the people.