618 companies of CAPF have been deployed to guard 10,871 polling stations, all of which have been marked 'sensitive' by the Election Commission 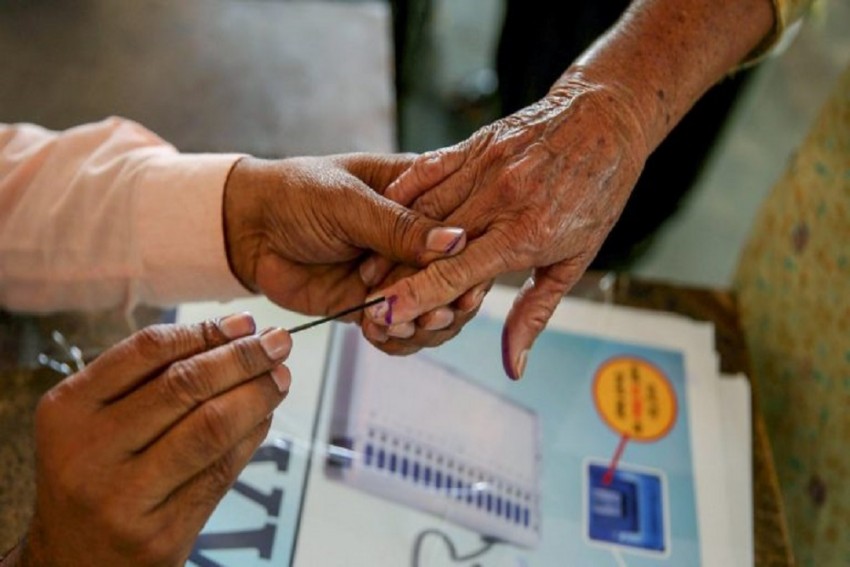 With 31 assembly seats set to cast their votes for the polls, a triangular battle is on the cards for the ongoing West Bengal assembly polls. Identity politics has gained ground in the state with the BJP seeking to breach TMC fortresses and the Left Front-ISF-Congress alliance hoping to make a mark in areas.

Over 78.5 lakh voters have been registered to cast their votes and decide the fate of all the 205 candidates, including BJP leader Swapan Dasgupta, TMC minister Ashima Patra and CPI(M) leader Kanti Ganguly -- in three districts -- Howrah, Hooghly and South 24 Parganas.

Tight security arrangements have been made to ensure peaceful voting, with 618 companies of CAPF deployed to guard 10,871 polling stations, all of which have been marked "sensitive" by the Election Commission. State police forces will also be deputed at strategic locations to aid the CAPF.

With the Covid-19 situation in the state taking a turn for the worse, polling will be held amid strict adherence to health protocols across all 31 constituencies -- 16 in South 24 Parganas (part II), seven in Howrah (part I) and eight in Hooghly (part I).

The TMC had won all but one seat of these 31 segments in the 2016 assembly elections. The Congress had managed to bag the Amta constituency in the Howrah district.

The saffron party, however, left the Left and the Congress behind to emerge as the main contender of the Mamata Banerjee-led party after the 2019 general election.

The Diamond Harbour Lok Sabha constituency, held by political heavyweight and TMC MP Abhishek Banerjee, will be closely watched, as four of its seven assembly segments will go to polls in the third phase, and the rest will follow suit in the fourth phase on April 10.

The Indian Secular Front (ISF), floated by Peerzada Abbas Siddiqui, has turned out to be a cause of concern for the TMC, as the outfit holds sway in several parts of South 24 Parganas and Hooghly districts.

TMC supremo Mamata Banerjee, having sensed the ISF's potential to eat into her party's minority vote base had been hitting out at Siddiqui, alleging that he has been propped up by the BJP, a charge vehemently denied by the cleric, who is taking on the ruling party with gusto.

Clashes between the ISF and TMC supporters have been reported from Bhangar and Canning East in South 24 Parganas, as the Siddiqui-led party gears up to give the ruling dispensation a tough fight in association with the Left Front and the Congress.

Adding to the ruling camp's woes, the BJP has fielded sitting MLA and TMC turncoat Dipak Halder, who wields considerable influence in the area.

Sharpening its attack on the TMC over issues ranging from corruption to political violence, the BJP held power-packed campaigns across the three districts over the past few days, led by Prime Minister Narendra Modi who addressed several public meetings.

The TMC chief, who is still recuperating from her injuries, traversed the length and breadth of the three districts on her wheelchair, highlighting her government's development schemes, and hurling barbs at the BJP over price rise, and other central government policies.