TMC MP Sisir Adhikari is the father of Suvendu Adhikari, former TMC politician who has been pitted by the BJP against Bengal chief minister Mamata Banerjee from Nandigram 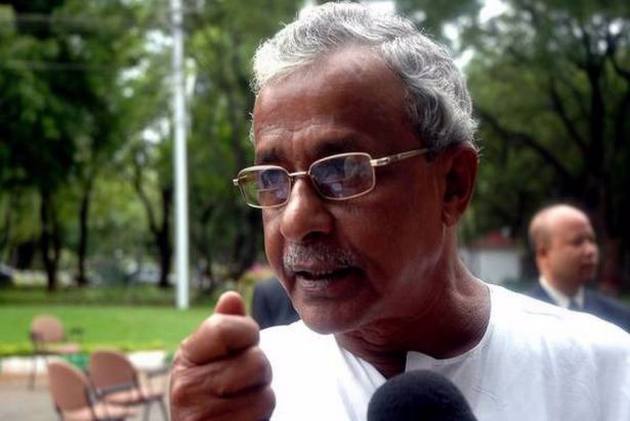 Sisir Adhikari is the father of Suvendu Adhikari, former TMC politician who has been pitted by the saffron party against West Bengal chief minister Mamata Banerjee from Nandigram in the upcoming state polls.

Confirming the invitation from BJP top brass, Adhikari's son and TMC MP Dibyendu Adhikari told reporters, "We have spoken to the BJP leadership. We will take the final decision about whether to attend or not tomorrow morning."

Septuagenarian Sisir Adhikari had earlier been removed as chairman of the prestigious Digha-Shankarpur Development Council and president of the Trinamool's district unit.

On March 13, BJP MP from Hooghly and the party's assembly poll candidate from Chunchura Locket Chatterjee had visited the Adhikari residence and had lunch with him.

Both sides however did not confirm at that time if Sisir Adhikari and his son Dibyendu will join the BJP and attend Shah and Modi's rally.