The clash broke out on Thursday night when a group of men allegedly having an allegiance to the BJP, attacked a group of TMC activists with knives and sticks. 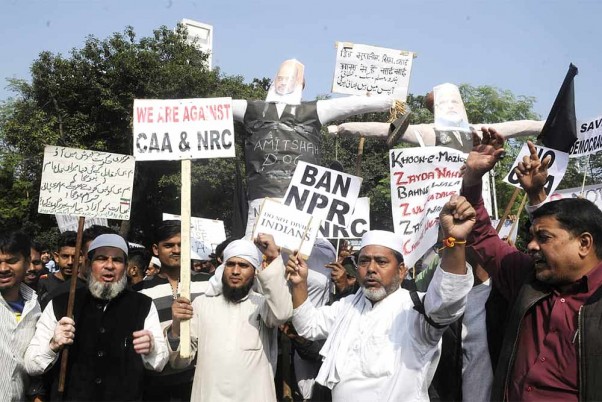 Several persons including two policemen were injured when two groups clashed in the southern part of the city's Jodhpur Park area over a discussion on the contentious Citizenship (Amendment) Act, police said on Friday.

The clash broke out on Thursday night when a group of men allegedly having an allegiance to the BJP, attacked a group of Trinamool Congress activists with knives and sticks when they were denied to participate in a CAA discussion, a police officer told PTI.

When the police tried to pacify the two warring groups they were attacked, he said.

"Two policemen including one officer have been injured. Our officer was got injuries in his hands and is currently undergoing treatment," he said.

Two motorbikes were burnt during the clash.

Several people injured in the clash were discharged after preliminary medical assistance at a nearby medical establishment, the officer said.

The police has arrested three persons for their involvement in the clash, he said.

"We have arrested three persons and a police picket has been posted in the area to keep a check on any untoward incident. A probe has been initiated into the matter," the officer said.