West Bengal: In Kolkata Municipal Corporation (KMC) Elections, TMC has won 134 seats, BJP—which is the main opposition party in the state assembly, has won two seats, the Left parties were leading in one seat, and the Congress has won two seats. The independents are slated to join TMC. 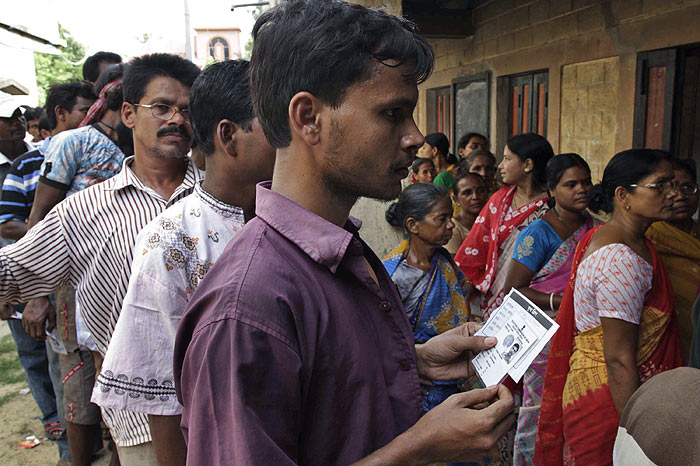 Mamata Banerjee’s Trinamool Congress (TMC) is lodged a massive victory in the Kolkata Municipal Corporation (KMC), bagging 89 seats and leading in 44 wards,  reflecting a huge vote share in favour of the state’s ruling party. The BJP has emerged victorious in three seats. The TMC in total is either leading or has won 134 seats. The winning margins were as big as usual assembly election margins. The Congress won two seats, but the CPI(M)-led Left Front, which is leading in two wards, is yet to open its account.

Notably, this is the first time the KMC elections were held in EVMs.

The BJP, which is the main opposition party in the state assembly, has won two wards, the Left parties were leading in one ward, and the Congress has won 2 wards.

“In ward 109, the TMC got more than 80% of the polled votes. This is no normal result, it does not sound organic,” said psephologist Biswanath Chakraborty, a professor of political science at Rabindra Bharati University in Kolkata.

As of the BJP, two of its veteran corporators, Meena Devi Purohit and Vijay Ojha were leading in their wards. Purohit won from ward 22 for the sixth straight term, while Ojha retained his seat in the neighbouring ward 23.

“My ward is my home. People take me as one of their own. That is why in my ward the TMC could not disrupt the fair polling,” Purohit said.

Veteran Congress corporator Santosh Pathak registered yet another victory from ward 45.
From ward 88, Kolkata South Lok Sabha MP Mala Roy was fielded again and she has won for the fifth straight term. She had served as the chairperson of the last KMC board and her name is doing the rounds as a possible mayoral candidate.