West Bengal To Delhi: Schools In These States To Reopen; Check Full List

Schools in some states and union territories have already been opened for students with Covid protocols in place. 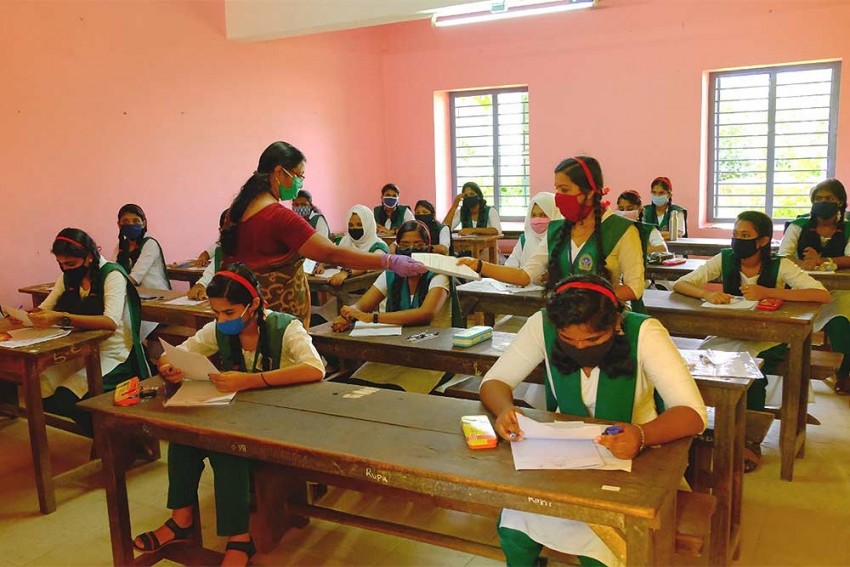 Now that the vaccines against coronavirus have been rolled out for the people, state governments across India are considering reopening of schools for students though in a staggered manner.

Schools in some states and union territories have already been opened for students with Covid protocols in place.

Here's a list of various states which have reopened schools or are soon going to reopen schools.

The Uttar Pradesh government said on Tuesday that it might consider resuming classes from 6-12 in the next 10 days.

The Chief Minister's Office said the classes should be resumed only after complete evaluation of the situation.

"As per the guidelines of the Government of India, classes in schools from class 6 to class 12 may be considered," it tweeted.

The West Bengal government is exploring possibilities to reopen schools and begin classes in the higher grades from February 12 by conforming to COVID-19 protocols, Education Minister Partha Chatterjee said on Tuesday.

Stating that nothing has been finalised as yet, Chatterjee said the Education Department would issue the necessary notification and those concerned would come to know when the schools reopen.

State-run and aided schools have been closed since March 17 last year since the coronavirus pandemic broke out.

"We are weighing the possibility of reopening schools, to start classes for standards 9-12 from February 12 following all COVID-19 standard safety precautions," he said.

The school authorities have held online classes for the students and tutorials were held by television channels for higher classes.

Staggered and shorter class hours, frequent sanitisation, and entry and exit through multiple gates are among various new ways adopted by schools in Delhi as they opened up for students of classes 10 and 12 on January 18.

The Delhi government has allowed all schools outside COVID-19 containment zones to reopen for classes 10 and 12 from January 18 in view of board exams.

The Delhi Government has no plans to reopen schools for other classes until a maximum number of people are vaccinated for COVID-19.

"We will soon begin nursery admission. The process was delayed this year due to the pandemic," he said while interacting with principals and authorities of private schools on educational reforms in the post-COVID-19 era.

Government and private schools reopened for Classes 9 and 12 on Monday in the summer zone of the Jammu region amid strict COVID-19 protocol, over 10 months after remaining closed due to the coronavirus pandemic.

The Jammu and Kashmir administration had on Friday last ordered the reopening of all government and recognised private schools for senior classes in the summer zone of the Jammu division from February 1.

After conducting physical classes for standards 10 and 12 for a month, the Odisha government on Monday said that it has decided to reopen schools for the students of classes 9 and 11 from February 8 amid strict adherence to COVID-19 guidelines.

A notification issued by the school and mass education department said that regular classroom teaching for students of standards 9 and 11 will be held between 8.30 am and 10.30 am six days a week from February 8 to April 30.

Three periods will be held in those two hours, the notification said.

The government had reopened schools for students of classes 10 and 12 on January 8 after nine months of closure due to Covid-19 pandemic.

School and Mass Education Minister S R Dash said that the decision to start classroom teaching for the students of classes 9 and 11 was taken based on the experience of reopening schools for standards 10 and 12 a month ago.

Union Budget 2021: Addresses All The Major Mobility Challenges Of India