Only two other states - Uttar Pradesh and Bihar - will have such an election spread over all seven phases. 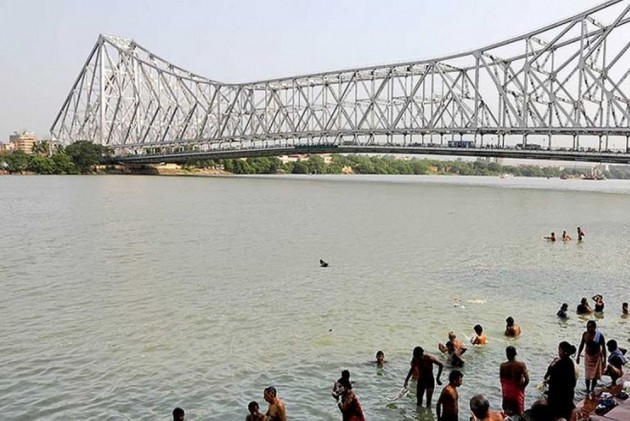 West Bengal will have a staggered seven-phase polling for its 42 Lok Sabha constituencies, the Election Commission announced on Sunday.

Only two other states - Uttar Pradesh and Bihar - will have such an election spread over all seven phases, Chief Election Commissioner Sunil Arora said at a press conference in New Delhi.

A total of 6,97,60,868 people are eligible to exercise their choice as per the final publication of voter list on January 14 at over 78,000 polling stations situated at around 54,000 polling premises.

Two constituencies -- Cooch Behar and Alipurduars in northern part of the state - will go to the hustings in the first phase on April 11.

The second phase will see polling in three constituencies, including the hotbed of Gorkhaland movement Darjeeling, in the north Bengal hills, where Union Minister and BJP leader S.S. Ahluwalia is likely to contest.

North Bengal's Jalpaiguri and Raiganj will also go to polls on the same date. Communist Party of India-Marxist politburo member Mohammad Salim is re-contesting from Raiganj.

Five constituencies - Balurghat, Malda North and Malda South in north Bengal plains and Jangipur and Murshidabad in Murshidabad district - will vote in the third phase on April 23.

In the fifth phase, voters of seven constituencies in and around Gangetic West Bengal - Bangaon, Barrackpur, Howrah, Uluberia, Srerampur, Hooghly, Arambag - will exercise their democratic choice on May 6.

Eight more constituencies - Tamluk, Kanthi, Ghatal, Jhargram, Medinipur, Purulia, Bankura, Bishnupur - will witness polling in the sixth round on May 12. A number of these constituencies fall within the once Maoist-affected Jangalmahal area.

The remaining nine constituencies-- Dum Dum, Barasat, Basirhat, Joynagar, Mathurapur, Diamond Harbour, Jadavpur, Kolkata South and Kolkata North - situated within North and South 24 Parganas and Kolkata, will be up for grabs in the last phase on May 19.

The votes will be counted on May 23.

Chief Electoral Officer, West Bengal, Aariz Aftab said there are 577 'P-2' polling stations in the state in north Bengal hills, Darjeeling and the Sundarban areas near the Bay of Bengal. In these constituencies, polling personnel will be sent two days before the election date.

"We have adequate manpower and vehicles. Also VVPAT machines will be provided to each polling station where the electorate will be able to see whom they have voted for. Security arrangements like the flying squads, static surveillance teams are already operational," he said.