The famous handicraft, handloom, art and music festival, is usually held in December-end. 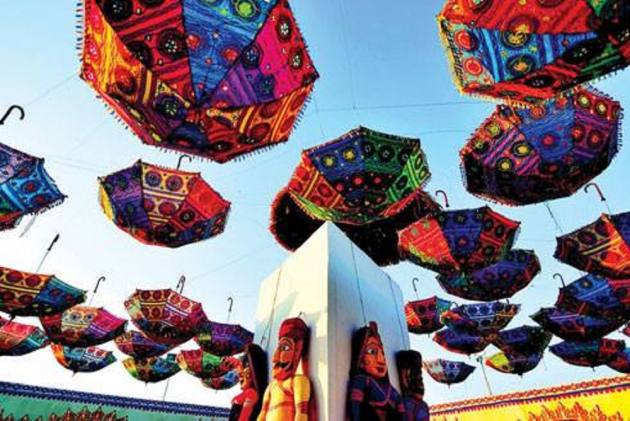 The annual ''Poush Mela'', a heritage cultural event attracting lakhs of travellers to West Bengal's Santiniketan, will not be held this year due to Covid-19 restrictions, an official said.

The over-a-century-old handicraft, handloom, art and music festival, is usually held in December-end.

"We are not sure about getting the nod from the local administration in view of the Covid-19 situation. Most students, an integral part of Poush Mela, are not coming to the campus.

"Keeping all these factors in mind, we had to take this unpleasant decision for public health safety," a member of Visva-Bharati's executive council said.

The decision was taken at a high-level meeting of the executive council.

Nobel laureate Rabindranath Tagore's father Maharshi Debendranath Tagore had first organised the fair in 1894 and Visva-Bharati, the university founded by the bard, started organising it from 1951.

The ''Poush Utsav'', including prayers and singing of devotional songs in the varsity campus, will, however, take place (on December 23 this year), he said.

The fate of the Poush Mela has been a subject of conjecture in the last few months, with an official of the council claiming in July that Visva-Bharati authorities had decided to scrap the event, citing recent "bitter experiences" in organising the winter carnival amid a tussle with traders to comply with National Green Tribunal (NGT) guidelines.

But in late August, the varsity had said that the central university is ready to organise the fair if it gets financial help from the Union government.

The Visva-Bharati will observe its foundation day on December 24, which will be attended by the Union education minister and the West Bengal governor.