What Does It Mean To Have A Republic Day Without Chief Guest?

There have been only three occasions till now that the country did not have a chief guest to attend Republic Day. 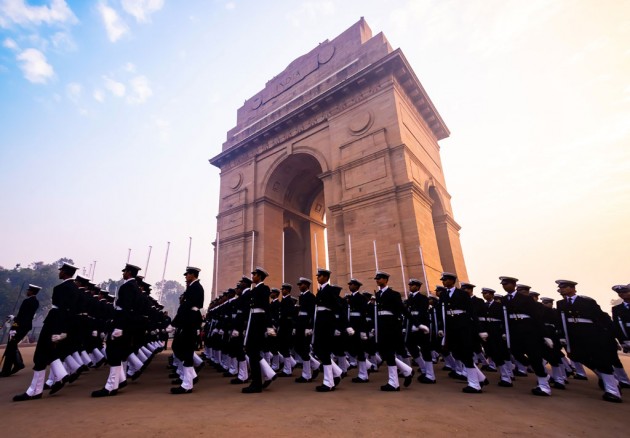 This will be the first time in recent history that India will not have a chief guest for the Republic Day parade on January 26; generally a head of government or state. British Prime Minister Boris Johnson had accepted Prime Minister Narendra Modi’s invitation but had to cancel the trip thanks to the pandemic now raging in the UK. By the time Johnson put through a call to the Indian PM, it was too late to send out another invite.

So, thanks to the pandemic the celebrations in 2021 will be a home-grown affair. Not that anyone is complaining. The 26th of January marks the day in 1950 when the Indian Constitution came into effect and is essentially a celebration of the hard-won rights of freedom and equality for every Indian citizen. India’s first Republic Day celebrations were held in 1950 with Indonesia’s President Sukarno as the chief guest. Those were the heady days when newly independent countries across Asia and Africa celebrated the success of their anti-imperialist struggles.

In the early years, the celebrations were held in different places, at the Red Fort, the Irwin stadium, and even in the Ramlila grounds. But from 1955 after the military parade began, the ceremony was shifted to Rajpath. It has remained there ever since. In 1952, 1953, and 1966 were just the three times that India did not have a Chief Guest at the parade.  In 1966 after Lal Bahadur Shastri died in Tashkent and Indira Gandhi took over as prime minister, there was again no chief guest. However, since then it has been an unbroken record till now.

The chief guest is chosen with care keeping in mind India’s strategic, economic and diplomatic requirements. The invitation to UK Prime Minister Boris Johnson was again thorough as New Delhi and the UK are hoping to sign a mega trade deal. With Britain choosing to walk out of the EU and India refusing to be part of RCEP (Regional Comprehensive Economic Partnership) which most Asian countries have signed on, both London and New Delhi are looking for major bilateral deals to promote trade and industry. Invitations for Republic Day help India’s foreign policy in promoting better relations with specific countries.

In 2015, getting former US President Barak Obama and First Lady Michelle Obama to Delhi was a diplomatic coup for the Narendra Modi government. It was a clear indication that both countries hoped to take the India-US ties to a higher level. India under Prime Minister Modi has been growing closer to the US with Washington hoping to build up India as a counter to the growing political and military might of China in Asia. The year 2015 was the first time that India and the US issued a separate statement on Asia-Pacific and the need for a rule-based order besides the normal joint statement at the end of a bilateral visit. It was a clear indication that India and the US were both on the same page on China’s aggressive postures in the Asia-Pacific waters.

The Modi government has spent time and energy in wooing the Gulf kingdoms, and this was reflected in the choice of Crown Prince of the UAE Sheikh Mohammed Bin Zayed Al Nahyan who was asked to do the honours in 2017. The next year, 2018, the entire Association of Southeast Asian Nations (ASEAN) were present. ‘Act East’ policy has been an integral part of Modi’s foreign policy. Last year’s choice of Brazil’s controversial President Jair Bolsonaro was somewhat inexplicable.

Over the years many people in India have questioned the idea of holding old communist type military parades to celebrate the adoption of the Constitution. Fundamental rights and democracy promoted by the Constitution is hardly achieved with military parades and tanks rolling down Rajpath in full military regalia. While this may have been necessary for a newly independent country trying to build the foundations of a brand new democracy, it is irrelevant in today’s times. But governments whether led by the Congress or the BJP are loath to do away with the old-fashioned display of military might. This time with the pandemic continuing it would have been better to scale down the Rajpath parade and not spend time and energy and resources on organising a massive parade. Countries, however, are prone to continue such ceremonies. Moscow held a massive V-Day parade last June while the pandemic was still raging.