Indore administrator Pawan Kumar Sharma tells Outlook how the introduction of a six-types-of-garbage segregation system led to the award fifth time in a row. 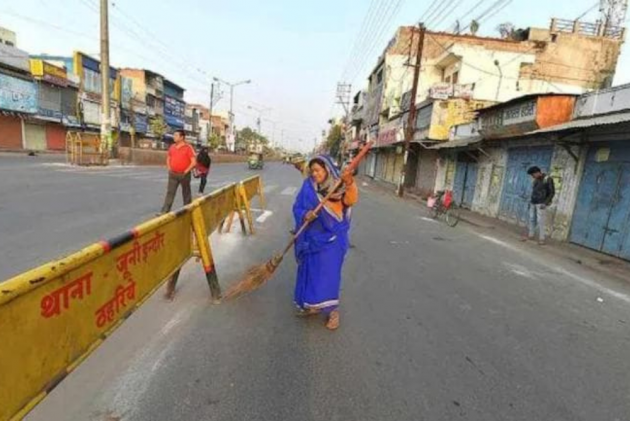 The city of Indore has, for the fifth time in a row, won the title of the cleanest city in the country as per findings of the Centre's annual cleanliness survey. A city with approximately 27 lakh population, Indore claims to be the first in India to introduce a six-types-of-garbage segregation system that could be replicated by residents at home - a step that helped the city achieve the milestone.

The Madhya Pradesh city also added another feather in its cap by winning the Safai Mitra Suraksha Samman for providing better equipment and technology to the sanitation workers. The administrator of Indore, Dr Pawan Kumar Sharma, in an interview with Outlook says that besides administrative action, it also needed to spread awareness and gradual behaviour change among people to make the city the cleanest one in the country. 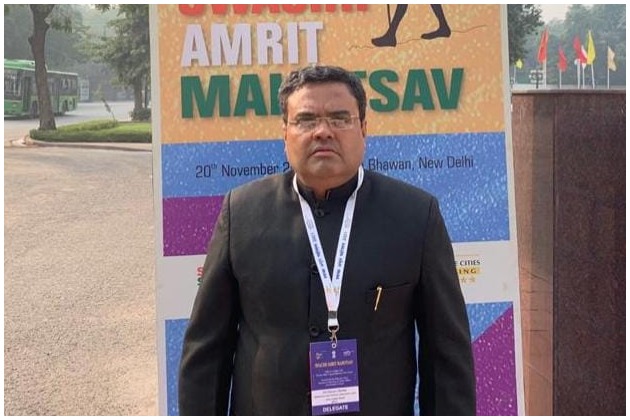 Who do you think deserves credit for Indore winning the cleanest city title in the country for the fifth time in a row?

I want to divide the credit among three segments and the cooperation of the people of Indore along with the relentless efforts of the municipal workers are prominent of all. With continuous efforts for the past five years, the notion of cleanliness has become a part and parcel of people’s normal behaviour.

You will be surprised to know that Indore is the only city in India where people segregate six types of waste material– wet, electronics, plastics, non-plastic, biomedical and hazardous - at their houses and then municipal workers carry these wastes to the respective disposal units accordingly.

The credit also goes to the leaders and people’s representatives who, sometimes, have to take strict action against illegal encroachment or those people who litter around.

Why have other cities not been able to do it? What are they lacking in?

It is very difficult for me to comment on why other cities cannot do what we can do. However, I can share with you what initiatives we have taken and how have we made it possible. I believe we started the journey five years ago without any mental block that it would not happen. When we started the concept of segregation of six types of waste, we didn’t have any apprehension that people will not cooperate with us.

We implemented it and it is so successful today. I believe we move ahead as a team with a resolve to implement something and it works. There are challenges but there is nothing which we cannot achieve. When we decided to cover all open sewers and lay pipes underground, we knew that it was a challenging task but we went ahead and got good support from people. Similar cooperation we received while widening the roads or erecting electric poles etc.

Changing people’s behaviour and making them aware of cleanliness is crucial. How did you do that?

Look, we needed simultaneous action on all levels initially. Apart from administrative action, we also needed to spread awareness and gradual behavioural change among people. We roped in four NGOs and each one was given one of the four zones that we created. I must compliment them also for helping people imbibe a culture of cleanliness in the city. Trust me, it is easier said than done.

Another important thing is people’s psychology. Many tend to not feel bad about throwing garbage at a dirty place but once the place becomes clean, they feel hesitant to do the same.

Besides being the cleanest city in the country, it is not unlikely to come across waste material or garbage at certain parts of the city? How can we become the cleanest in the real sense?

I have to admit and agree with you that certain pockets of the city do have these kinds of issues but our officials keep making rounds of the city and make sure that any waste material lying anywhere whether in a stormwater drain or in a river should be cleaned immediately. Sometimes we impose fines too.

We also depute NGOs workers to spread awareness and have a grievance redressal mechanism for people to call us and tell us about garbage lying in the city. We try and address them as quickly as possible.

Another important thing I want to share is about flowing water bodies. We have two rivers, Kanh and Sarswati, flowing through the city and they had become worse than a drain due to disposal of untreated house wastewater into it. Now, we have ensured that everything which flows into it will reroute through the sewage treatment plant. The water is now clean and in its original form. These were the criteria on which we were judged the cleanest city.

Yes, this was also one of the criteria and let me tell you 80 per cent of people pay this tax. It is nominal though. It varies from Rs 60 to Rs 120 per family depending on colonies. This shows people’s concern and awareness for cleanliness.

Was air quality also one of the criteria?

This is our next target now because now and the government has added the air quality of the city as one of the criteria to decide its overall cleanliness. We have started using mechanical sweepers which spray water and sweep the public areas. This avoids dust particles in the air. We are also working towards disposing of construction material.

We will also install AQI measuring equipment at prominent places in the city. Along with that, the most important thing is that we are going to have vehicular pollution checking units installed at every petrol pump to control vehicular pollution.

The positive thing about Indore is that air quality has never been a serious problem and most of the time our air quality is good. But we are trying to improve it from good to better and the best.