What Supreme Court Order Means For Alok Verma And CBI

While the apex court has revoked the government’s suspension order, it has also said that Verma cannot take any major policy decision until the CVC probe into corruption charges against him is over. 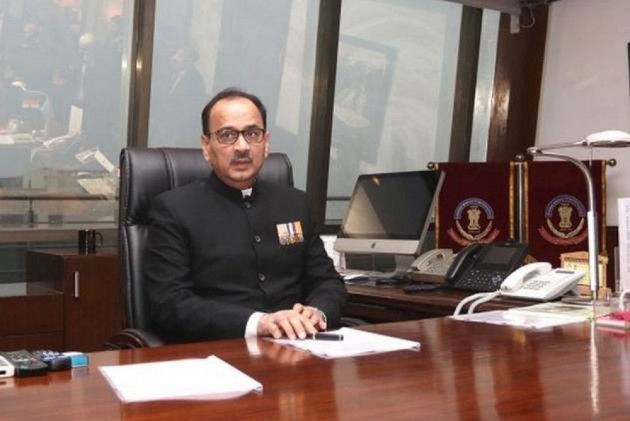 In a major decision upholding the independence of the CBI chief’s office, the Supreme Court on Tuesday ruled that the central vigilance commission (CVC) cannot strip the powers of the head of the country’s premier investigating agency.

A bench of the Chief Justice of India (CJI) Justice Ranjan Gogoi, Justice Sanjay Kishan Kaul and Justice KM Joseph decided that the CVC’s supervisory role over the CBI did not extend to suspending the CBI chief Alok Verma.

While the apex court has revoked the government’s suspension order, it has also said that Verma cannot take any major policy decision till the CVC probe into corruption charges against him is over.

Since there is a bar on taking policy decisions, it means that Verma cannot give directions to start or stop major investigations, such as a probe into the Rafale jet acquisition, except those which come up in the ordinary course of the CBI’s business.

Effectively, this gives Verma around three weeks in office as his two-year tenure ends on January 31, 2019.

The court has merely given a judicial decision to insulate the CBI director’s office to protect the independence of the entire agency.

The judicial decision in court may not mean that the CJI—one of the three in the high-level appointment committee—will give a blanket protection to Verma in this case. While the court’s decision is a stand on a legal issue, the high-level committee will adjudge Verma’s case on individual merits. The apex court decision upholds the supremacy of the selection committee over the office of the CBI director.

Speaking for the government, finance minister Arun Jaitley said that its intention was to protect the integrity of the CBI.

What the SC Order Means

The CBI chief is appointed by a special committee comprising the prime minister, the CJI and the leader of the largest opposition party. The statutes governing the CBI give the CVC (a part of the government) only a supervisory role over the CBI.

The SC has said that this supervisory role does not extend to managing the CBI chief’s office and taking powers away from him.

It was argued in the apex court that since the special committee appoints the CBI director, the CVC could not have powers to suspend the chief.

In Verma’s case, that was also the stand taken by his lawyer Fali Nariman as well as that by Mallikarjun Kharge, the leader of the Indian National Congress party in parliament.

The decision can be seen as an insulation of the office of the CBI chief and indirectly the CBI itself.

The apex court has said that the government has to refer the matter to the selection committee. This committee will then take further decision against Verma.

The CBI had been under a crisis for several months due to an infighting between its top two officials—director Verma and special director Rakesh Asthana.

The fight spilled out in the public after the CBI had lodged a FIR against Asthana on allegations of bribery. The FIR alleged that Asthana and a CBI investigator had conspired to accept bribes in a case pertaining to meat exporter Moin Qureshi.

Asthana, who approached the Delhi High Court to quash the FIR against him, has also made counter-allegations against Verma.

The CBI investigator probing the Qureshi case, a deputy superintendent of police, Devendra Kumar was arrested by the CBI.

On October 23, 2018, the CVC—a government anti-corruption body—had sent both Verma and Asthana on leave in a spate of midnight orders. This came at a time when it was believed that Verma might sanction an enquiry into the acquisition of Rafale jets by the Modi government.

The CVC had appointed CBI’s no 3, additional director M Nageswara Rao, as the interim chief.

Upon appointment, Rao had disbanded the team probing Asthana, transferred them to various places around the country and set up a new investigating team under a joint director of the CBI.

The transferred sleuths included AK Bassi who was transferred from New Delhi to Andaman and Nicobar Islands. Bassi had unearthed a money trail in the corruption probe against Asthana and Kumar and had also shared transcripts of incriminating telephone calls and messages between the accused in the Qureshi bribing investigation.

Bassi has challenged his transfer before the Supreme Court. The return of Verma could nullify the transfer orders of the CBI officials.

The high-level selection committee is also scheduled to meet this month to decide on the appointment of the next CBI director since Verma’s tenure will ends on January 31, 2019.

But the corruption probe on Asthana puts a serious dent on his chances to be appointed as the next CBI director.

Before Verma had been appointed as the CBI director, Rakesh Asthana, then an additional director, had been the acting director of the agency when Anil Sinha’s tenure had ended. The government had wanted to empanel him for selection as director but decided against it since there were many IPS officers senior to him. It was expected that the government would press for Asthana’s appointment once Verma’s term ended till this fight became public and skeletons started jumping out of the closet.