Can The LG Do Anything Differently To Relieve Covid Crisis In Delhi?

The present need for Delhi and its residents is for their elected government, the L-G and the Centre to work collectively for ramping up the national capital’s response to the Covid emergency. 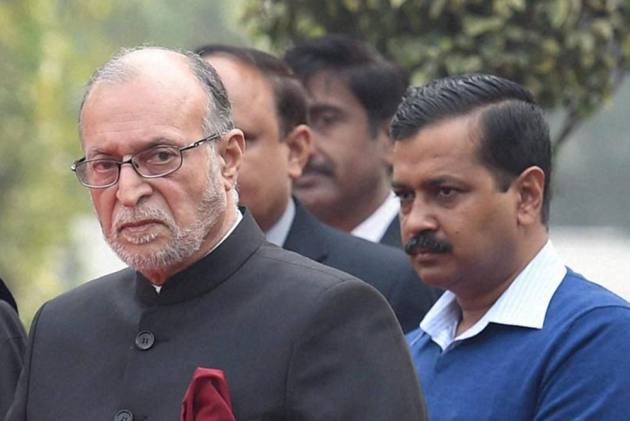 As lakhs of Delhiites battle for their lives against an apocalyptic coronavirus pandemic and a crippled public health infrastructure, the BJP-led Centre has now effectively taken control of Delhi’s governance. The Union home ministry, on Wednesday, notified the controversial Government of National Capital Territory of Delhi (Amendment) Act, 2021 – a natural corollary to the passage of the law by Parliament and President Ram Nath Kovind’s assent to it last month. The law effectively transfers a bulk of the powers for governing Delhi to the NCT’s Lieutenant Governor, Anil Baijal, while reducing the Aam Aadmi Party’s elected government of Arvind Kejriwal to nothing more than an Executive standing proxy for implementing the Centre’s commands.

For nearly a fortnight now, Delhi has been recording over 20,000 fresh Covid infections – the tally for the past 24 hours alone was 25,986 cases with a positivity rate of 31.76 per cent and 368 fatalities. Hospitals – those controlled by the Centre and the Delhi government as well as privately-owned establishments – have few beds left to accommodate Covid patients who require ICU admission or oxygen support. The Kejriwal government and some private and social organisations have been fighting against time to hurriedly ramp up medical infrastructure through make-shift hospitals – measures that should have been preemptively executed after Delhi’s experience with Covid’s first wave.

As has been evident from countless, desperate appeals on various social media platforms, judicial pronouncements by the Delhi High Court and even Kejriwal himself, there is a crisis of oxygen availability in hospitals. Oxygen cylinders and concentrators critical for Covid-infected people who have been unable to get hospital admissions are in acute shortage, as are not just potentially life-saving drugs required for Covid treatment but even basic medical supplements and apparatus like pulse oximeters. Even crematoriums are struggling to cope under the sheer volume of the dead.

How Relevant Is Federalism In View Of The GNCTD Bill?

Amid this gloom, it is pertinent to ask what an altered power structure in the national capital would mean for the average Delhiite who is already gasping for breath, or worse, begging for some dignity in death for a loved one who succumbed to the pandemic while political parties played their power games. What can Baijal, as L-G and Delhi’s new “government”, do differently from Kejriwal’s AAP regime that would expeditiously ameliorate the current pitiful state of affairs? Does the amended GNCTD Act bestow the L-G with superpowers that will miraculously ramp up medical facilities – hospitals, ICU beds, ventilators, oxygen cylinders, life-saving drugs, etc. – overnight? Alternatively, were there any hurdles in Delhi’s administrative system that existed until the notification of the new law that prevented Kejriwal from taking measures to effectively cope with the medical emergency created by Covid? None of these questions have a plausible answer that will ease the suffering of the average Delhiite whose only mistake at the moment seems to be to have contracted the infection while being in Delhi.

There’s a different set of questions for which answers are available though. Will the amended Act make life difficult for the already panic-stricken Delhi resident? Is there scope for policy paralysis – a clear factor in the Centre’s presently bumbling response to the pandemic nationally – also inflicting the administration of Delhi’s public health infrastructure? Will the new law give way for political bickering when the need of the hour is a united and apolitical onslaught against Covid?

Baijal has, of course, lost no time to notify the new rules of governance following the Centre’s notification of the amended law. Earlier on Thursday, the office of the L-G issued a notification that details the new power equations in the national capital. Given that the amended GNCTD Act envisaged a ramping up of the powers of the L-G, Baijal has made it known that matters falling under any law, made by Parliament or extended to Delhi by the Centre, with respect to “any matter enumerated in the State List or Concurrent List of Seventh Schedule of the Constitution” will now need his prior approval. Similarly, Kejriwal’s government will need the approval of the L-G to make any subordinate legislations, schemes, policies and regulations.

Before the enactment and notification of the new law, the Delhi government exercised control over matters related to public health, education, agriculture, forest and transport while matters under public order, land and police were governed by the Centre through the L-G. As things stand now, the Kejriwal government will forfeit its control over all matters that hitherto fell under its jurisdiction and will be at the mercy of the L-G to approve or reject proposals concerning public health, transport, education, forest and agriculture.

A pandemic is a national public health emergency and, by its very nature, requires urgent preemptive measures and policies that can be constantly evaluated and altered to meet emergent requirements. The amended law and the Centre’s decision to notify it in the middle of a raging pandemic is a potential hurdle against this very basic response mechanism to the pandemic. If cases continue to climb as they are currently and Kejriwal needs to make a dramatic and urgent policy change – with regard to hospitals, essential commodities, public transport or, in an extreme event, a hard lockdown – is it desirable and administratively prudent to hamstring him by bureaucratic red tape and paperwork required to present the proposal to the L-G, wait for Baijal to scrutinize it and then give a response? Evidently, no. But then, the GNCTD Act will require Kejriwal to go through that grind no matter how much of precious time is lost in the process.

The present need for Delhi and its residents is for their elected government, the L-G and the Centre to work collectively for ramping up the national capital response to the Covid emergency. Instead, the Centre has chosen to ramp up its own powers over Delhi through its nominated administrator, Baijal. What’s even more curious is the absolute silence of Kejriwal and his party against this coup; something it had bitterly fought against in the past – and succeeded in the apex court – and has all but forgotten in the present.