What Led To Alok Verma's Removal: All You Need To Know

Verma, 61, was removed two days after he was reinstated by the Supreme Court and with barely a few weeks left for his tenure to end. 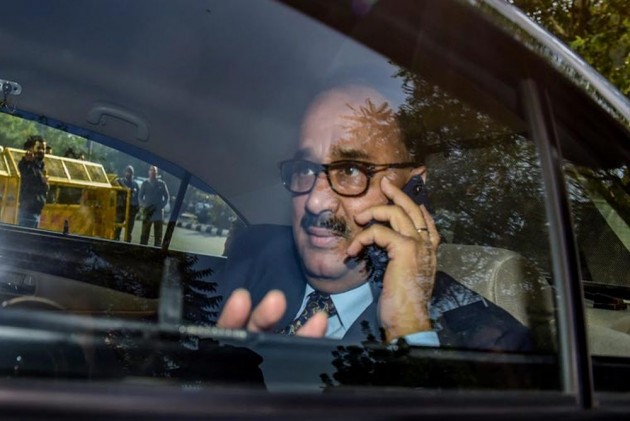 Verma, 61, was removed two days after he was reinstated by the Supreme Court and with barely a few weeks left for his tenure to end. Verma was removed by a high-level committee of Prime Minister Narendra Modi, Congress’s Mallikarjun Kharge and Supreme Court judge AK Sikri, nominated by Chief Justice Ranjan Gogoi who recused himself as he was on the bench that reinstated Verma.

Verma was made the Director General of Fire Services but he resigned on Friday saying “natural justice” has been denied.

Sources in political parties claim a variety of reasons for Verma’s removal—some say it was a delay in the extradition of defence middleman Christian Michel; others, including the Congress, believe Verma was about to launch a probe into the acquisition of Rafale fighter jets

Lawyer Prashant Bhushan, former MP Arun Shourie and ex-finance minister Yashwant Sinha had filed a complaint alleging irregularities in the acquisition. A petition to the Supreme Court based on the same allegations found no judicial support for a court-monitored probe into the same allegations.

There are allegations that since Modi had led the Rafale talks, Verma was pondering a raid on the PMO. The threat of such action was potentially embarrassing for the government, more so when it is seeking re-election in an atmosphere of sagging popularity.

There are rumours that Verma used sources within the Defence Ministry to gather material on the defence acquisitions. “He also mobilised resources within Delhi police to achieve this end,” a source said. Before CBI, Verma had held senior positions in Delhi police.

The Modi-led panel had cited a Central Vigilance Commission’s report which lists several allegations, including of corruption, against Verma to remove him as the CBI chief.

In 2018, the probe agencies were working on two major extraditions. Almost each update on the Vijay Mallya extradition case in a court in London was splashed across front pages of news dailies. The efforts to extradite Christian Michel—the middleman in the UPA-era Agusta Westland deal—stayed out of focus.

In mid-2018, some officials complained of a goof-up in Michel’s extradition from the UAE. While some blamed then CBI special director Asthana for the goof-up, the blame has since shifted to Verma—sources in the BJP told Outlook that verma was trying to shield the Congress in the UPA-era scam.

A complaint against Verma in August 2018 led to the cabinet secretariat note to the CVC, which started a probe on the charges made against the CBI director. Even before that, there were faint rustlings of a major spat between two top IPS officers back in June 2018. The rumour mill spun ferociously about divisions between senior IPS officials on certain matters. The impact also fell on the Enforcement Directorate (ED) and became clearer when the directorate’s top investigator, Rajeshwar Singh wrote a letter against one of his bosses in the union finance ministry—Hasmukh Adia.

When the CVC probe began, CBI’s no. 2, special director RK Asthaana also gave information about Verma. The CBI director hit back with a FIR lodged against Asthaana on graft charges. The CVC sent both on forced leave in October 2018. Verma approached the Supreme Court against the marching orders.

The Modi-led committee decided to transfer out Verma in a 2:1 decision. There are only two sources of information on what transpired at the meeting: a brief, late-night statement by Mallikarjun Kharge, who opposed the removal/transfer, and a note on social media by former SC judge, Justice Markandey Katju.

The post, which Justice Katju says is based on his telephonic conversation with Justice Sikri, reads:

“1. The CVC had recorded prima facie findings of guilt on some serious charges against Verma on the material before it.

2. The CVC had given a hearing to Verma before recording its prima facie findings

3. In view of these serious prima facie findings of guilt, and after perusing the material on which they were based, Justice Sikri was of the opinion that until the matter was fully investigated and a final decision given about the guilt or innocence of Verma he should not remain on the post of Director, CBI but should be shifted to another post equivalent in rank

4. Verma's service has not been terminated, as some people believe. He has not even been suspended, but only transferred retaining his salary and perks.

5. As regards the question of not giving a hearing to Verma, it is a settled principle that even suspension can be done without giving the accused a hearing, and suspensions pending enquiry are very common. It is only dismissal which cannot be done without a hearing.

6. Verma has not even been suspended, far less dismissed. He has only been transferred to an equivalent post.”

Based on the above, it appears that the committee decided that they did not need to hear Verma directly as even in the case of a suspension did not require hearing the accused; in this case, it was not a suspension.

In the meantime, Delhi High Court on Friday refused to quash the CBI's FIR lodged against Asthana also directed the CBI to complete investigation in the case against him and others within 10 weeks. It also vacated its interim order granting protection to Asthana against criminal proceedings.

The taint of the CBI probe puts a serious dent on his chances to be considered as the next CBI director. He was considered a frontrunner for the post because of his years in the agency, a successful track record as an investigator and perceived proximity to both Modi and BJP chief Amit Shah. Asthana has served with the two since he belongs to the Gujarat cadre of the IPS and has served at various positions in the state, while Modi was the chief minister of Gujarat.