'Which Govt Wing Bought Pegasus? Who Ordered The Snoop?' Congress To Centre On WhatsApp Snooping Row

On the one hand WhatsApp claims that it had informed the Indian government authorities of the breach in privacy while on the other hand the government says that no such information was shared and only 'technical jargon' conveyed. 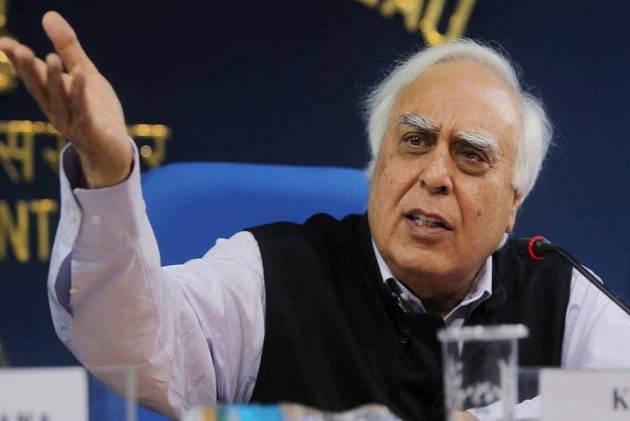 The Congress on Saturday upped the ante against the Narendra Modi government on recent accusations of public surveillance through WhatsApp questioning which department purchased the Israeli software Pegasus and who gave it permission  to spy on journalists and activists.

"Israeli NSO sold spyware Pegasus only to governments. Before WhatsApp answers, our government must tell us: Which wing of government purchased Pegasus, at what price, who handled its operations, who gave instructions for snooping and which other platforms are compromised," senior Congress leader Kapil Sibal tweeted.

Sibal's remarks came a day after the government, under fire from journalists and the Opposition, demanded a clarification from WhatsApp and questioned why it had kept the information about spying on Indian citizens hidden from the Indian authorities despite recent meetings with the company CEO.

In a statement on Friday, Facebook-owned WhatsApp said it agrees with the strong demand made by the Indian government to explain the kind of breach to safeguard the privacy of millions of Indian citizens. It also claimed that it had informed the Indian government about the 'security issue' in May.

"Our highest priority is the privacy and security of WhatsApp users. In May, we quickly resolved a security issue and notified relevant Indian and international government authorities," the WhatsApp statement said.

However, the government countered the WhatsApp claims saying that the information provided was "pure technical jargon".

Government sources said WhatsApp had given information to CERT-IN, a government agency in May, but without any mention of Pegasus or the extent of the breach. It also insisted that the information shared was only about a technical vulnerability and had nothing to do with the fact that privacy of Indian users had been compromised.

To back its claim, a screenshot of the information shared with CERT-IN by WhatsApp was circulated by government sources.

WhatsApp snooping of human rights activists and journalists in India via an Israeli spyware called Pegasus has snowballed into a major political controversy. Pegasus allegedly exploited WhatsApp's video calling system by installing the spyware via giving missed calls to snoop on 1,400 select users globally, including nearly 30-40 people in India.

The owner of Pegasus, Israel-based NSO Group, limits the sale of the spyware to state intelligence agencies and others as it has the ability to collect intimate data from a target device. Pegasus software can be installed on devices as "exploit links". The Indian government has denied purchasing or planning to buy Pegasus from NSO Group.